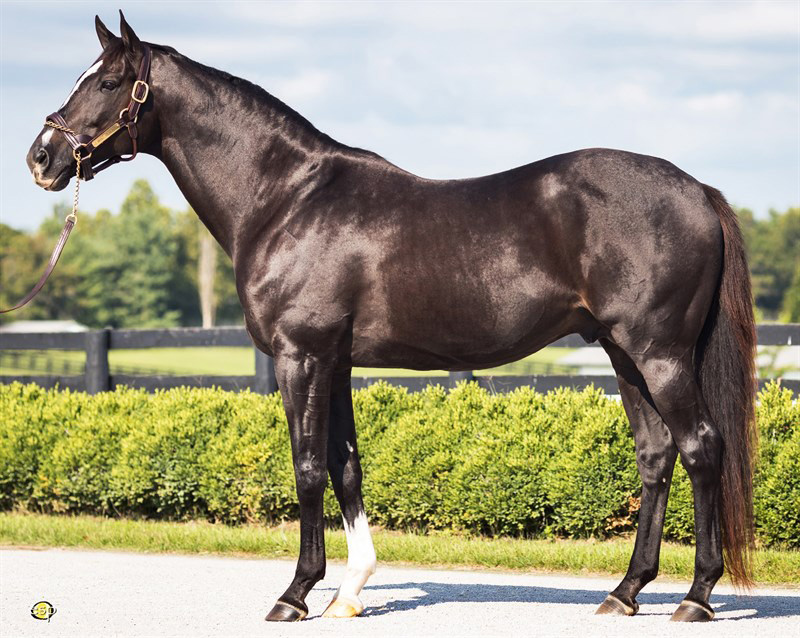 Grade 1 winner I Want Revenge is now calling the Indiana Stallion Station in Anderson, Ind., home. Purchased by Jeff and Suzy Jeans from the November Keeneland Sale earlier this month, the Stephen Got Even stallion brings some fresh bloodlines to the state. The Wood Memorial (G1) winner was the morning line favorite for the 2009 Kentucky Derby before he was scratched the morning of the race. He earned a 113 Beyer in his win in the Grade 3 Gotham Stakes in 2009.

“We wanted to look at I Want Revenge when we saw he was going to sell (at Keeneland),” Jeff Jeans explained in an interview with BloodHorse. “We’d seen him as a racehorse, and he’s just a magnificent animal. One of the prettiest horses you’ll ever see. When he came in the ring, you could hear people just say, ‘Whoa.’ He just has presence. I looked at my wife, and we decided to try for him.”

The Jeans decided to keep I Want Revenge in the region to get not only Indiana breeders, but to entice Kentucky breeders to ship north. “He has that huge Kentucky fan following, I think he’ll be a very, very good stallion and fit in very well. I think he’ll be loved,” said Jeans. “We’ve been very fortunate that Joyce (Baker) has a stellar reputation in regards to caring for her horses in Indiana.”

Also making the move is multiple graded stakes winner Neck ‘N Neck, who is standing at Breakway Farm in Dillsboro, Ind. With lifetime earnings of more than $1 million, Neck ‘N Neck is no stranger to Indiana—he won the Grade 2 Indiana Derby when it was held at Hoosier Park in Anderson in 2012. This will be his first year to stand at stud.

“If there ever was a horse labeled ‘Hickory,’ Neck ‘n Neck would be it,” said co-owner Dennis Farkas. “He raced 45 times, winning or placing in 25, including 16 stakes races and he retired sound. He could run near the lead, or come from the back of the pack. He showed speed, versatility and heart as a racehorse winning from one mile to a mile and a half.”

Farkas went on to explain how his stallion’s bloodlines will do well in Indiana, saying, “Neck ‘n Neck is by Flower Alley. Flower Alley won over $2.5 million and is one of perennial leading sire Distorted Humor’s leading money earners. Being from the Mr. Prospector sire line, Neck ‘n Neck should nick well with mares by Storm Cat, AP Indy, Unbridled’s Song, Indian Charlie, as well as mares by Arch and Tiznow.”

Bringing the much sought after Medaglia d’Oro bloodline to Indiana, Forever d’Oro will stand at Hidden Springs Farm in Palmyra, Ind., after being campaigned by trainer Dallas Stewart and owner Charles Fipke for career earnings of more than $61,000.

Gun Power, an unraced son of Unbridled also lands in Indiana, to stand at Ed Miller’s farm in Hamilton, Ind. Other new stallions to Indiana include Gold For Cash (Eurosilver – Carib Gal, by Awesome Again), Stewart (Black Minnaloushe – Galunpe [IRE], by He Loves Me [GB) and Youngs Mill (Henny Hughes – Our Saratogadancer, by Saratoga Six).