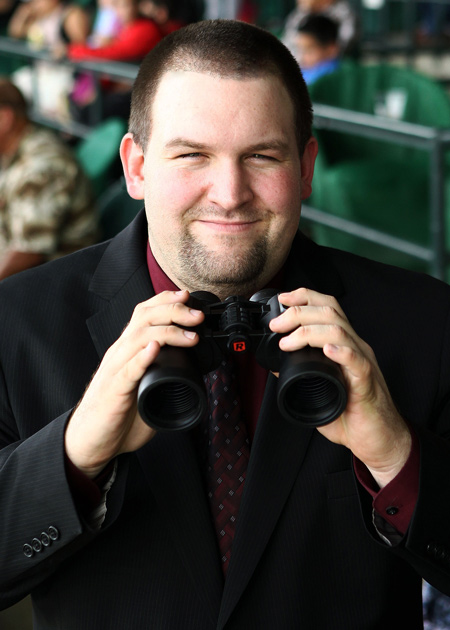 Less than 48 hours after finding out they needed him, Oaklawn has hired its fifth announcer in the history of the first track to launch a Triple Crown winner in 37 years.

Pete Aiello will be in the booth when Oaklawn opens for live racing on January 15. Announcers from the four corners of the continental United States expressed a desire to call races at the premier winter track, according to Director of Racing David Longinotti.

“The number of talented race callers expressing an interest in this job was astounding,” Longinotti said. “We’ve had our eye on Pete for quite some time. We are always tuned in to young talent in our industry and Pete was at the top of our list. We believe he has the brightest future of any track announcer in the nation and couldn’t be happier to welcome him into the Oaklawn family. We’re confident Arkansas racing fans will greet him with open arms.”

A native of South Florida, Aiello, 30, is a 2007 graduate of the University of Arizona Race Track Industry Program. His experience in the industry runs deep and wide, working at racetracks throughout the country in numerous capacities. He currently holds multiple positions at two different Florida tracks, Hialeah Park and Casino in Hialeah and Gulfstream Park in Hallandale Beach. He is Track Announcer (Gulfstream Summer & Gulfstream Park West meets) and On-Air Handicapper at both, but extends his duties at Hialeah to Director of Simulcasting and Mutuel Settlements, Racebook Manager, Assistant Mutuel Manager, and Director of Admissions and Patron Services. He has also held positions as Director of Marketing, Assistant Racing Secretary, and published track tip sheets.

“To say that I’m excited about joining the Oaklawn team would be a vast understatement,” Aiello said. “To be able to be part of such a special race meet at such a storied facility with some of the most passionate people the industry has to offer is – well, pardon the cliché — but it’s like a dream. I owe a special thanks to the management and ownership of Hialeah Park for understanding and allowing me to pursue this great opportunity. I’ve always heard Hot Springs has some of the best racing fans in the world and now I get to experience it for myself. I’m truly honored to be joining the team and appreciate the entire Oaklawn family for giving me this opportunity.”

To hear a sample call from Aiello, click here.