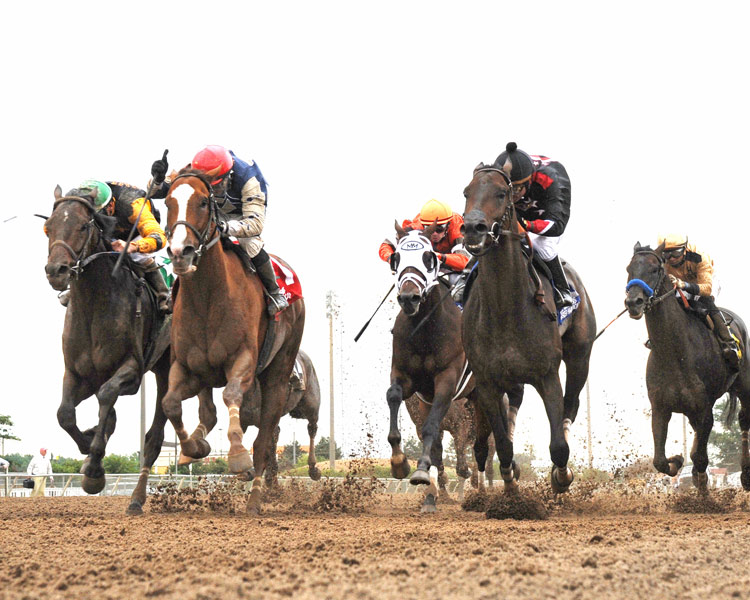 The connections of two Midwest-based handicap stars are possibly targeting the 1 1/8-mile, $175,000 Downs at Albuquerque Handicap for their next starts.

The trainers of Shotgun Kowboy and Smack Smack told Daily Racing Form correspondents that their charges might make their next starts in the August 6 stakes, which had its purse increased by $25,000 for this year’s running.

Smack Smack and Shotgun Kowboy ran first and second, respectively, in the Grade 3, 1 1/8-mile Cornhusker Handicap at Prairie Meadows on July 2. If they do in fact start in the Downs at Albuquerque Handicap, both rivals would be making their first-ever starts at the track.

“His best lick is a mile and an eighth, but there’s really not much around for him right now,” Don Von Hemel, who trains Smack Smack for owner Toby Keith’s Dream Walkin Farms Inc., told Daily Racing Form’s Marcus Hersh. “He didn’t really surprise me the way he ran (in the Cornhusker) because he’d trained very well, and I knew going in that was his best distance.”

Shotgun Kowboy, the 2015 Oklahoma Horse of the Year, is a homebred owned and trained by C.R. Trout. A four-time stakes winner at Remington Park in Oklahoma City, the gelding has finished second in his last three starts, all in Grade 3 stakes, and he won last year’s Grade 3 Oklahoma Derby.

“I don’t have anything picked out for him,” Trout told DRF’s Mary Rampellini. “The only thing I’ve looked at is the race at Albuquerque. That might not be a bad place to go.”

Horsemen have until July 27 at 5 p.m. (MDT) to nominate to The Downs at Albuquerque Handicap.