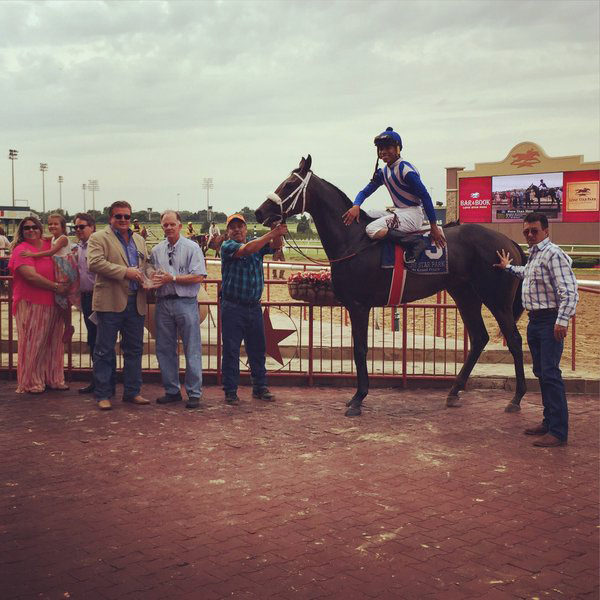 Lone Star Park on Sunday held two divisions of the Clarence Scharbauer Jr. Texas Stallion Stakes, and the big favorites came through in both stakes with dominant performances.

In the $75,000 Got Koko division for 3-year-old fillies, Douglas Scharbauer’s More Than Most drew clear to a 7 ¼-length victory with C.J. McMahon up for trainer Bret Calhoun. More Than Most, who clocked one mile in 1:39.21 as the 7-10 favorite, was bred by the late Clarence Scharbauer Jr., Douglas’ father, and was sired by former Valor Farm stallion Indygo Mountain. This marked the second career stakes win for More Than Most, who won the $75,000 M2 Technology La Senorita Stakes last year on the Retama Park turf after breaking her maiden at Churchill Downs. She has earned $131,978 with a record of 10-3-1-3.

In the $75,000 Stymie division for colts and geldings, Keene Thoroughbreds LLC’s Texas Chrome rolled to a 10 ½-length win with Iram Diego in the saddle for conditioner J.R. Caldwell. The colt by Grasshopper, who was bred by Craig Upham and sold by Stoneview Farm for $10,000 at the Texas Summer Yearling Sale, stopped the timer at 1:39.64. Texas Chrome won three stakes last year—the TTA Sales Futurity at Lone Star, Gold Rush Futurity at Arapahoe Park and Governor’s Cup Stakes at Zia Park—and he finished a good third in this year’s $150,000 Bachelor Stakes at Oaklawn. All told, he has earned $242,562 with a record of 8-5-0-2.