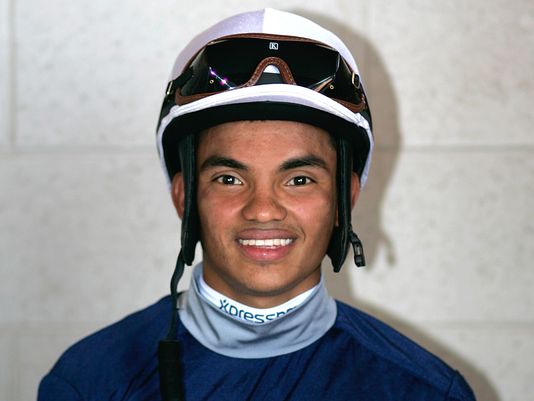 Indiana Grand Racing & Casino will hold a special ceremony in the winner’s circle Wednesday, Oct. 14 prior to the races to honor jockey Juan Saez. The ceremony will mark the one-year anniversary of the racing incident that claimed the life of Saez.

Jockeys, trainers, owners, racing officials, fans and team members at Indiana Grand will gather in the winner’s circle prior to the playing of the national anthem at 1:30 p.m. The anthem will be followed by a tribute to Saez that will include a moment of silence in his honor.

“Although it’s been a year since the incident, we are all still affected by the passing of Juan Saez, and there isn’t a day that goes by that we don’t remember him and his infectious smile,” said Jon Schuster, vice president and general manager of racing. “We want to gather together to celebrate his life and holding a moment of silence is a way for us to pay tribute to such an amazing young man who touched the lives of so many people in and around Indiana Grand.”