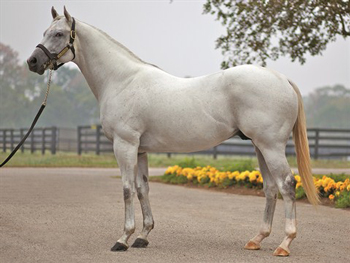 Lane’s End Texas, one of the Lone Star State’s leading Thoroughbred farms, has closed and the three stallions standing there—Too Much Bling, Grasshopper and Congaree—have been relocated to Valor Farm near Pilot Point, Texas.

Located near Hempstead, Texas, and formerly known as Huisache Farm, Lane’s End Texas stood many of the top Texas stallions over the past two decades, including all-time leading Texas stallion Valid Expectations. William S. Farish, owner of Lane’s End Texas as well as Lane’s End in Kentucky, has been a perennial leading owner and breeder in Texas. The stallions were managed by longtime farm general manager Danny Shifflett.

“I have been very blessed during my time at Lane’s End to work for someone like Mr. Farish and enjoy the type of animals he has produced and the care that he allows you to give to those horses,” said Shifflett. “We had a great staff with some remarkable people who were here for many, many years. We really appreciate the support we received from the Texas industry and from around the country.”

The upcoming Texas Summer Yearling and Mixed Sale on August 29 at Lone Star Park will feature a dispersal of some Lane’s End Texas’ broodmares along with weanlings and yearlings by the farm’s former stallions.

The three Lane’s End Texas stallions will join the roster of another elite farm in the state, Valor Farm. Started by Dorothy and Clarence Scharbauer Jr. in the early 1990s, Valor Farm has also been home to many top Texas stallions over the years including Hadif, Magic Cat and Rare Brick. The farm’s 2016 roster included Crossbow, Early Flyer, Jet Phone and My Golden Song. Over the past few years, Valor Farm stallions have consistently sired Texas-bred graded stakes winners including Promise Me Silver, Fiftyshadesofgold, Thegirlinthatsong and He’s Comin in Hot.

Too Much Bling, currently the leading Texas sire by 2016 progeny earnings, just had his offspring sweep both divisions of the Texas Thoroughbred Futurity earlier this month at Lone Star Park, with both being bred by Farish. From 195 foals of racing age, Too Much Bling has sired 20 blacktype stakes winners, which at 10.2% ranks him highest among all stallions in North America.

Grasshopper, currently #2 on this year’s Texas sire list, is the sire of recent Assault Stakes winner Supermason (also bred by Farish) and Texas Chrome, a four-time stakes winner and runner-up in the Grade 3 Iowa Derby this year.

Congaree, who moved to Texas in 2015, is the sire of six graded stakes winners, including three Grade 1 winners.

The combination of stallions gives Valor Farm six of the top 10 active stallions in the state by 2016 progeny earnings.

“We are so fortunate to have the opportunity to stand these top stallions that Danny and his team have done such a great job with,” said Valor Farm General Manager Ken Carson. “Keeping these horses in Texas is important. The response we’ve gotten from our clients already has been great; people are excited to have them in North Texas.”