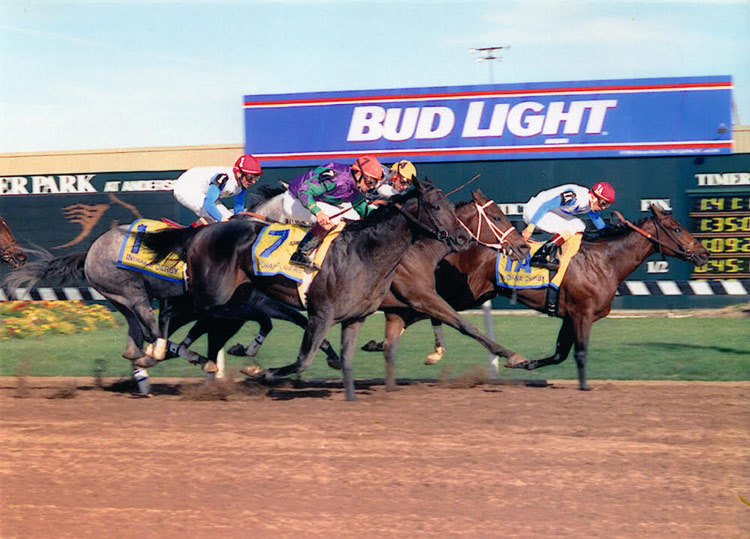 There are only three jockeys that are still active on the Indiana racing circuit since the inception of racing in the state of Indiana in 1995. One of those is Francisco Torres, who was based on the Kentucky circuit at the time but frequented the stakes races at Hoosier Park in the first few years of action. It was only fitting that the Mexican-born jockey would be called upon to compete in the second running of the Indiana Derby in 1996.

Torres has won a lot of really prestigious races throughout his career and been aboard many fast horses, but he always recalls winning the Indiana Derby as a special race for him. His memory is very vivid about the entire experience, and he understood at the time, his win meant more than just a paycheck with the horse Canyon Run.

“It was only the second year of racing at Hoosier Park and the second year for the Indiana Derby, so there was a lot of excitement and it was a fresh race,” said Torres, who to this day continues to be among the state’s top 10 riders. “It was a beautiful day. I picked up the mount (Canyon Run) from Steve Morgulean, who was based in Kentucky. I’d never ridden the horse before. I remember warming him up by myself and he took to the track perfectly.”

Torres and Canyon Run broke alertly from the gate and remained part of the early pace setters in the 10-horse field. The three-year-old maintained his positioning inside and when he rounded the final turn, he fended off all contenders for the title and kept his undefeated streak alive for Owner Marco Bommarito. The time of the race was 1:41.2, which was a new track record. His entry mate, Looter and Jockey Ricky Faul, finished fourth.

Canyon Run went on to finish third in his next start in the Grade III $200,000 Hawthorne Derby. The Illinois bred son of Dixieland Band completed his career in 1999 with eight wins in 20 starts for earnings in excess of $270,000. He later went on to stand at stud.

Much has changed since the early years of the Indiana Derby. Today, the race is held at Indiana Grand, a move that happened in 2013 when both pari-mutuel tracks in the state of Indiana went to one breed, bringing all Thoroughbred and Quarter Horse racing to the Shelbyville, Ind. oval. The race began with a purse of $100,000 and now has a Grade II status with a purse of $500,000. The race remained at its customary position during the first Saturday in October, playing off the Kentucky Derby’s “first Saturday in May” status until 2015 when it was moved to July. The move was made to try to incorporate more appealing weather for the Indiana Derby and hit a spot on the three-year-old stakes circuit that would be appealing for many trainers in North America. Although the memory of winning the Indiana Derby is still treasured by Torres, like any jockey, he’s looking to expand his Indiana Derby experience.

“Here we are 20 years later and I’d like to be trying to get my second Indiana Derby win,” said Torres. “That would be fun.”