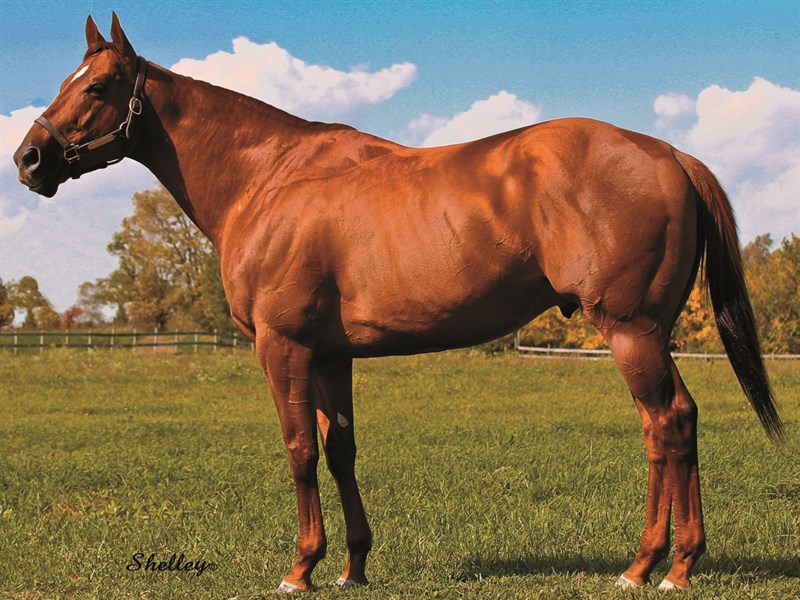 Sangaree, an Awesome Again stallion standing at R Star Stallions in Anderson, Indiana, was represented by his first winner on August 11 when his gelded son Sung rolled to a maiden special weight victory for Indiana-breds at Indiana Grand. The gelding won by 2 ¼ length in a time of 1:04.42 for 5 ½ furlongs. The chestnut runner, who is trained by Barbara McBride, was bred by Amy and Jim Elliot and runs for Elliot Ventures. Sung finished second by a neck in his career debut, and in two starts he has banked $27,200.

Bred by Stonerside Stable and campaigned by Godolphin Racing LLC, Sangaree earned $365,710 on the track. A versatile runner who won from distances of 6 ½ furlongs to 1 1/16 miles, he earned a stakes victory at Santa Anita Park and placed in six other stakes, with five of those being graded including the Grade 1 Triple Bend Handicap. Sangaree is out of the Grade 1-placed mare Mari’s Sheba, who is also the dam of multiple Grade 1 winner and $3.2 million earner Congaree.