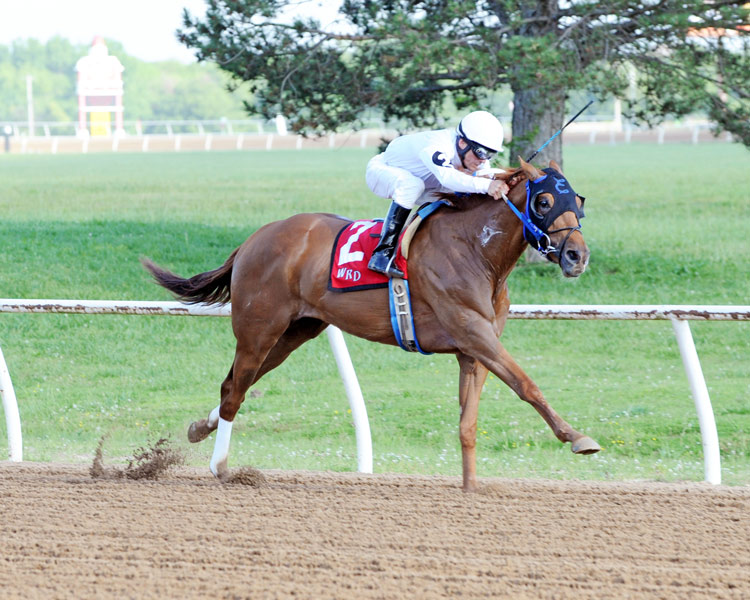 Winning for the third time in as many starts at the Will Rogers Downs meet, Inagoodway scored a 2 ¼-length victory in Monday’s More Than Even Stakes for Oklahoma-bred fillies and mares. Ridden by Curtis Kimes for trainer Roger Engel, the 4-year-old filly clocked one mile and 70 yards in 1:41.23.

Bred by Mike Castor, Inagoodway has now earned $112,662 for owners Steve Dupy, Kent Blair and Mike Caster with a record of 10-5-2-1. Prior to his first career stakes win, she picked up an allowance win and a victory against $15,000 claimers at Will Rogers. Inagoodway is a daughter of the Storm Cat stallion Save Big Money, who stands at Mighty Acres in Pryor, Oklahoma.

The More Than Even is named for the Oklahoma-bred mare, also trained by Engel, who won 15 of 35 starts and more than $560,000. The 2013 Oklahoma Horse of the Year won four stakes at Will Rogers.