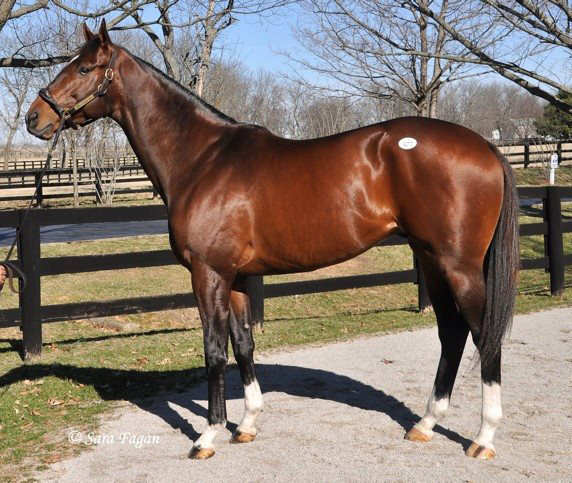 I Spent It, a Grade 2 winner by Kentucky Derby winner Super Saver, has been relocated to Oklahoma for the 2017 breeding season and will stand at Merrick Ranches in Sayre. The 5-year-old stallion will stand for a fee of $2,500 as property of Joe Merrick.

I Spent It emerged as one of the top 2-year-olds of 2014 after breaking his maiden at first asking at Belmont Park. In just his second career start, he drew clear to win the Grade 2, $300,000 Toyota Saratoga Special Stakes by 2 ¾ lengths despite having a troubled trip. He followed that up with a second-place effort in the Grade 1, $350,000 Hopeful Stakes, also at Saratoga. He earned $347,640 in seven career starts.

Out of the winning Sky Mesa mare Rateeba, I Spent It has a female family that includes graded stakes winners Zavata, She’s Tops and Dixie Union.

“We are very fortunate to have him and think he’s from an up-and-coming sire line with all the success we’ve seen from Super Saver and the interest in his young sons likes Runhappy and Competitive Edge,” said Merrick. “We really think I Spent It is going to be an asset to the breeding program in Oklahoma.”

I Spent It formerly stood in Florida, and his first crop of foals are weanlings of 2017.