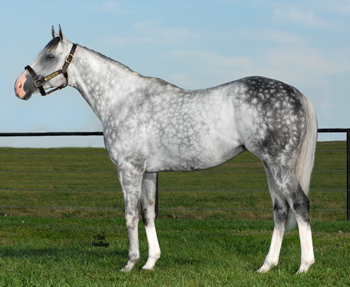 Freshman Oklahoma stallion The Visualiser was represented by his first winner on June 29 when his 2-year-old daughter Color of Truth won a maiden special weight contest at Lone Star Park. Lindy Wade piloted the filly to a wire-to-wire victory by 1 ¾ lengths for conditioner Allen Milligan. Color of Truth, who was bred in Oklahoma by Dr. Warren Center’s Center Hills Farm and runs for Joel and Ali Rush, has earned $16,334 with a record of 3-1-1-0.

The Visualiser, who is out of the stakes-winning Holy Bull mare Smokey Mirage, stands at Mighty Acres, a division of Center Hills Farm, near Pryor, Oklahoma.

Five Demon Bag, a son of Elusive Quality who won three times and earned $88,772 on the track, concluded his racing career running for Witt and then retired to stud in Texas.