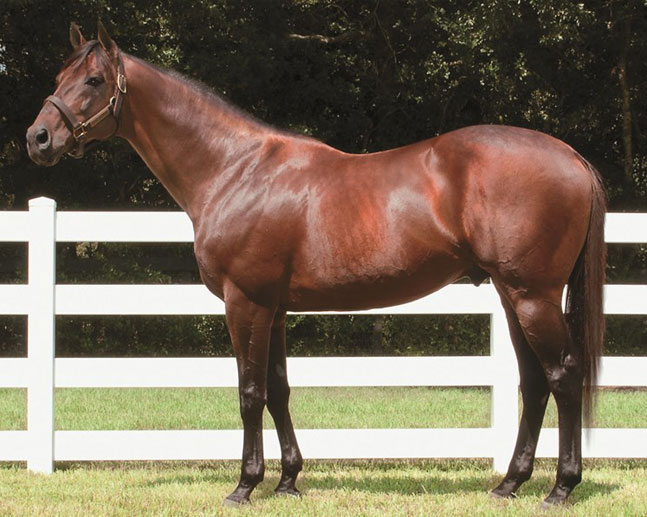 Four-time Louisiana-bred Horse of the Year Star Guitar was represented by his first winner as a stallion on September 24 when his Louisiana-bred son Senor Guitar broke his maiden against $50,000 claiming company at Churchill Downs. The colt is trained by Helen Pitts for breeder and owner Clifford Grum. Ricardo Santana Jr. rode the 2-year-old to a 1 ¼-length win in 1:11.90 for six furlongs.

A son of Quiet American out of the stakes-winning and stakes-producing Malagra mare Minit Towinit, Star Guitar won 24 of 30 career starts and retired as the leading Louisiana-bred runner of all-time with a bankroll of nearly $1.75 million. He raced from age 2 to 7 and recorded at least one stakes win each year on the track. While much of his success came against fellow Louisiana-breds, he also proved he could run against top-tier open company with three straight wins in the Evangeline Mile Handicap.

Star Guitar stood the 2016 breeding season at Clear Creek Stud in Folsom, Louisiana, for a $4,000 fee as property of his breeder, Brittlyn Stable Inc.