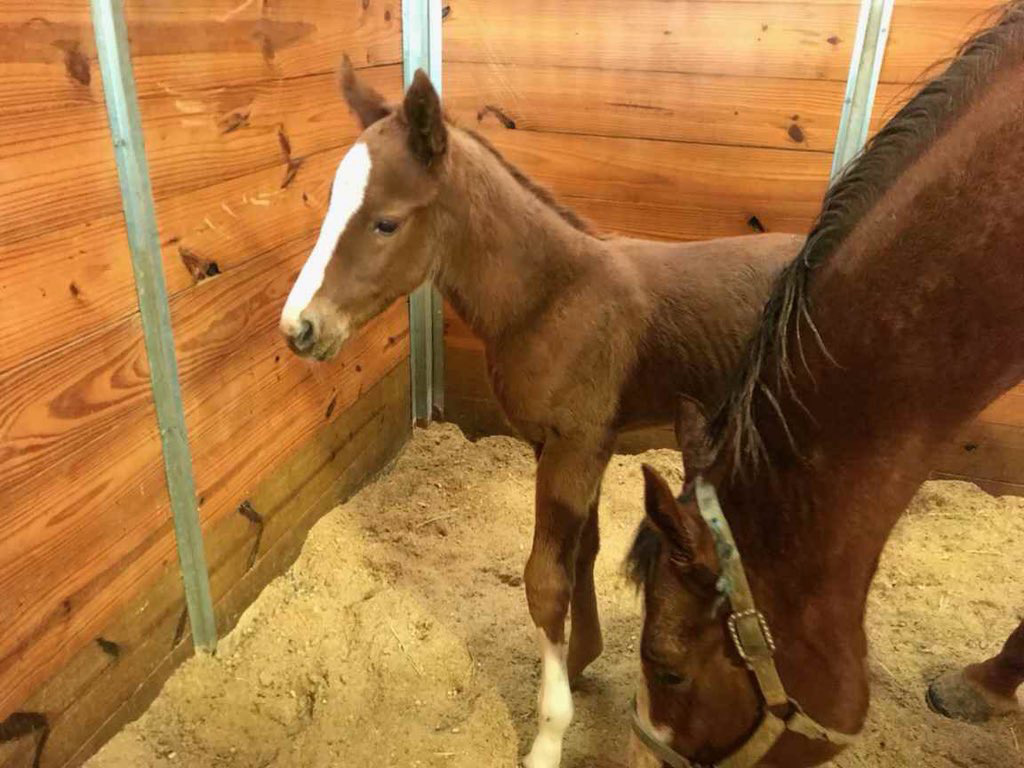 The first foal by Texas Bling, the most successful son of Texas’ perennial leading sire Too Much Bling, was born Sunday morning, January 28. The filly is out of the stakes-winning mare I’m Workin On It.

Texas Bling stands at ESMS on the Brazos in Weatherford, Texas, for $1,500 as the property of Hall’s Family Trust. He entered stud in 2017.

Texas Bling’s first foal is a chestnut filly with a full blaze and three white stockings.

“She is a blinger,” said Danele Durham, who trained Texas Bling for Hall’s Family Trust.

Texas Bling was a multiple stakes winner of $406,072, with his biggest victory coming in the $300,000 Springboard Mile in 2012 at Remington Park, defeating a field that included eventual champion Will Take Charge.

Texas Bling ran second in the Smarty Jones Stakes at Oaklawn the following year, and later in his career won two runnings of the Assault Stakes at Lone Star Park. The Assault is one of the premiere offerings for older Texas-breds.