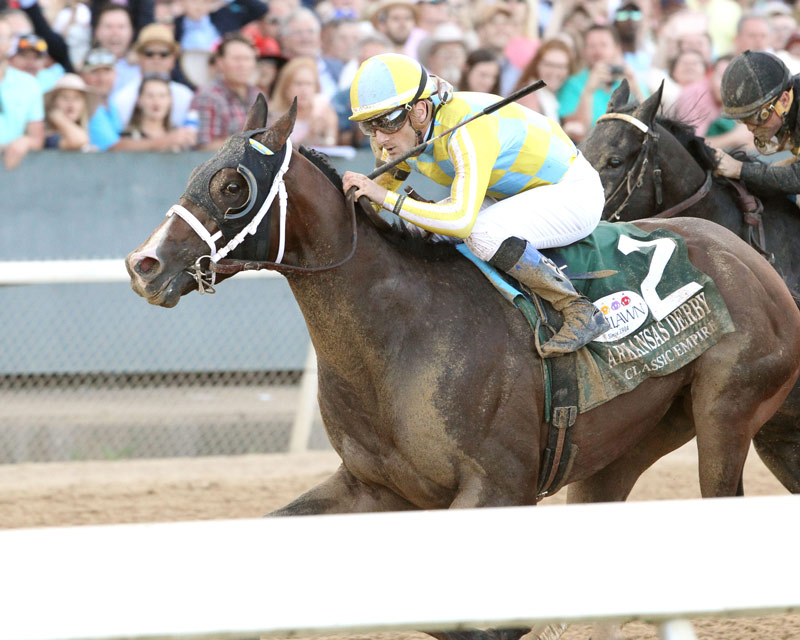 John Oxley’s reigning 2-year-old champion Classic Empire secured his spot in the starting gate for the Kentucky Derby with his victory in Saturday’s $1 million Arkansas Derby on closing day of the 2017 Oaklawn season.

Trained by Mark Casse, Classic Empire was ridden by Julien Leparoux and closed 1 1/8 miles in 1:48.93.

“He just has so much ability,” said Casse. “I knew if we could get him here that he’d be tough. He’s been a challenge, but the last month and a half have been good — a lot of chapters to the book I’m writing (laughs).

“What can you say about the Oaklawn crowd,” he added. “There are very few crowds like Oaklawn. They love the horse…. As a trainer, you want to be around people who love horse racing. That’s what you do this for.”

Classic Empire, by Pioneerof the Nile, improved his record to five wins from seven starts and has now earned $2,085,920.

It should be noted that the last 2-year-old champion to win the Arkansas Derby was American Pharoah, who became the first horse in 37 years to win the Triple Crown in 2015. He was also sired by Pioneerof the Nile.