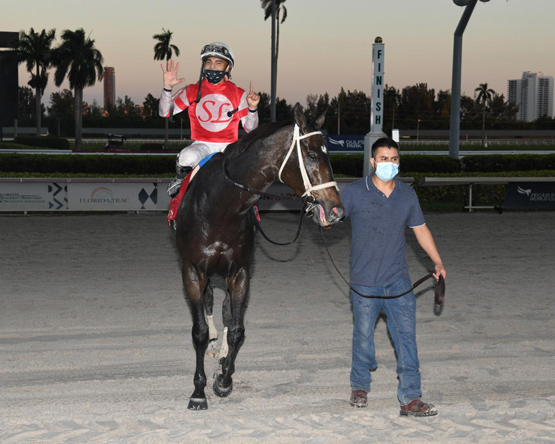 “No question, this event has evolved,” said Dan Metzger, President of the Thoroughbred Owners and Breeders Association (TOBA). “I thought Saturday’s fields, from top to bottom, were some of the best we ever had.”

Eric Hamelback, CEO of the National Horsemen’s Benevolent and Protective Association (HBPA), which partners with TOBA on the Claiming Crown, believes the event is looked upon differently now that it is at Gulfstream.

“I believe in the past some people looked at it as a year-end blowout. But I see it as the launch of a new year,” Hamelback said. “The Breeders’ Cup kind of wraps up the year. But because it’s at Gulfstream, and the opening weekend of the Championship Meet, I think it’s become the beginning of a new year. I think if it was earlier in the fall or summer, you wouldn’t have the buildup or the quality you have. The job [Vice President Racing] Mike [Lakow], [stakes coordinator] Eric Friedman and, of course [Executive Director of Florida Racing Operations] Billy Badgett did was incredible.”

“The support of the fans who set a record for total wagering is a testament to the competitive and quality fields,” Metzger said.

Along with Breeders’ Cup Mile runner-up Jesus’ Team prepping for the Pegasus World Cup with a victory in the $150,000 Jewel, there were 10 other horses that won or placed in graded stakes participating in the Claiming Crown. In total, there were 108 horses entered in the nine Claiming Crown races.

“When the card was drawn we knew we had something special to offer,” said Mike Lakow, Gulfstream’s Vice President of Racing.

Along with those graded-stakes winners and placed horses, there were also stories like Descente, claimed for $6,520 in October, winning the $80,000 Glass Slipper; the 55-1 longshot High Noon Rider winning the $95,000 Emerald; the promising 3-year-old Fiya remaining undefeated on turf winning the Canterbury; and the former $16,000 claimer Krsto Skye winning the $75,000 Express.

“I think at the beginning not a lot of people targeted [the Claiming Crown],” said trainer Peter Walder, who won his second consecutive Glass Slipper with Descente. “But now that it’s at Gulfstream, a lot of people are shipping in for the Championship Meet, and there’s a lot of owners who want to come here. Why wouldn’t you?”