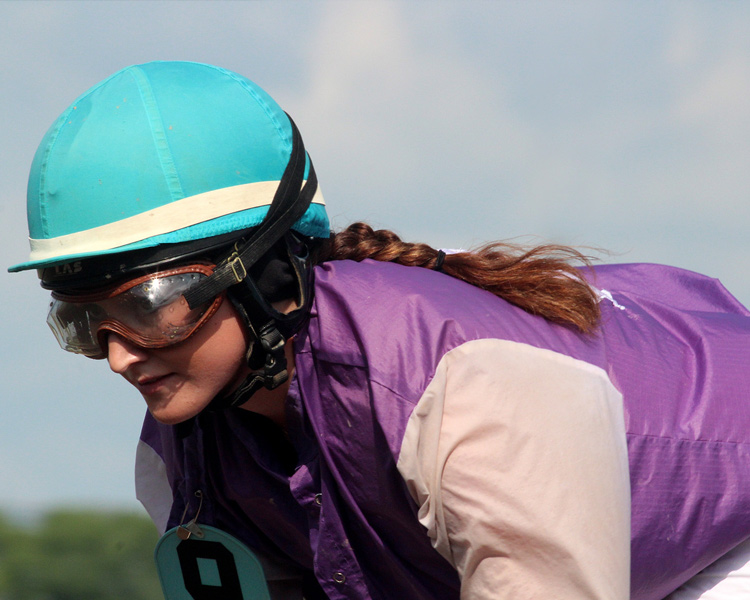 Cheyanna Patrick isn’t hurt. She isn’t sick. And she didn’t change professions. She just came back from the adventure of a lifetime. The fourth year Senior Criminology/Pre-Law major at the University of South Florida left in mid-June for six weeks to study aboard in Spain. This was the first time abroad for the daughter of horsemen Gary and Cindy Patrick. She made the journey with college students across the United States.

Her itinerary was fully packed with school activities and sightseeing. The first destination was two weeks in Malaga, Spain. During that time, her studies focused on Spanish conversation and Spanish civilization. Schooling was approximately four hours a day which left plenty of time for taking in the sights.

“I’m looking forward to getting more comfortable with speaking Spanish,” Patrick said before leaving, “that’s the whole point of going on this trip. Classes help you in reading and writing, but they don’t help you speak every day Spanish. I never have gotten enough practice.”

The next destination took her to Madrid, Spain. She was able to feel right at home when meeting the local jockey colony at Hipodromo de La Zarzuela. Patrick also spent four days in Barcelona and visited the “must-see” sights, including the amazing architecture of the Sagrada Familia De Gaudi and its famous beaches.

A perk of traveling in Europe is being able to hop on a bus or train and be in another country in a few hours. An overnight trip led Patrick and friends to Lisbon, Portugal on a spontaneous adventure.

Patrick was fortunate enough to conclude her trip in every travel lovers bucket list destination and enjoy her final few days in Paris before coming home to Indiana. She visited the Parisian version of the Happiest Place on Earth, Disneyland Paris. A trip to the Eiffel Tower was made, as was a cultural outing to the Louvre to check on the Mona Lisa and Venus de Milo. Being the horsewoman she is, she couldn’t pass up checking out Chantilly Racecourse and Museum, which attracts the rich and famous of France and has hosted some of the finest Thoroughbreds in the world.

“Her mom and I were so excited for her to go on this trip,” said Gary Patrick in the paddock prior to saddling. “I don’t know many 19-year-olds that get this kind of opportunity. She’s gotten to do things and go places that she’ll remember forever.”

Patrick resumes riding on Tuesday, Aug. 2. Prior to her trip, she won seven races in 67 starts. She looks to pick right back up where she left off with one race on Tuesday followed by three scheduled mounts on Wednesday, Aug. 3. Her races Wednesday include a start aboard Heat It Up Rich in the 13th running of the $150,000 Governor’s Stakes.