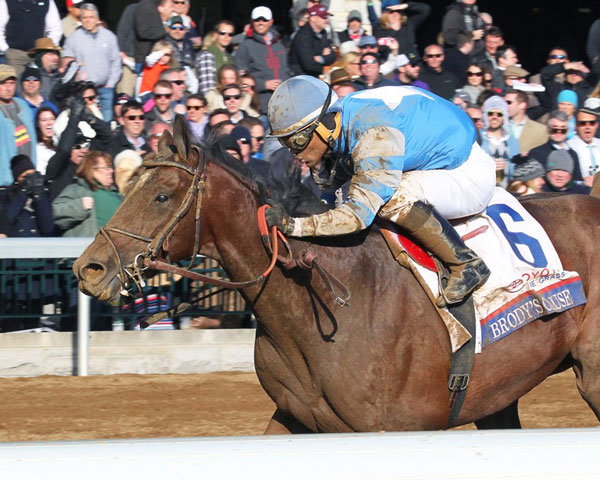 Iowa residents Dennis and Susan Albaugh announced that if their horse, Brody’s Cause, wins the 142nd annual running of the Kentucky Derby on Saturday at Churchill Downs, he will donate his share of the purse, $500,000 to the DMACC (Des Moines Area Community College) Foundation. Mr. Albaugh made the announcement during DMACC’s 50th Anniversary Gala held this weekend at the Prairie Meadows Conference Center in Altoona.

“This pledge combines two of my passions, DMACC and horse racing,” said Mr. Albaugh, a 1972 DMACC graduate. “It also offers another opportunity for me to share my successes with the College that started me on my career path many years ago. I wouldn’t be where I am today without my DMACC education. I’m proud to say DMACC is my university. ”

Brody’s Cause is a top contender and listed by the Kentucky Derby leaderboard in fifth place with 114 points earned through prep races.

Mr. Albaugh said it’s significant that Brody’s Cause has reached the pinnacle of horse racing, noting there are more than 28,000 two-year-old Thoroughbreds currently in the U.S. and 118,000 worldwide competing for 20 spots at the Derby.

“I’ve become a new fan of the Kentucky Derby,” said Rob Denson, President of DMACC. “Dennis and Susan Albaugh have been so generous to the College over the years and this is another example of their dedication and commitment to their community and students of DMACC. We’ll all be cheering for Brody’s Cause this weekend.”

Mr. and Mrs. Albaugh were recognized just last weekend during ribbon cutting ceremonies for a $1 million donation that they made this year for an addition and remodeling of DMACC’s Iowa Culinary Institute™ on the Ankeny Campus. In addition, Mr. Albaugh is hosting the upcoming DMACC CEO Golf Tournament on June 9 at his Talons of Tuscany golf course in Ankeny where last year the golf event raised $264,000 and $1.2 million over eight years for student scholarships.

Brody’s Cause is owned by the Albaugh Family Stables. Coverage of the Kentucky Derby will start this Saturday, May 7 on NBC at 5 pm with the race starting at 5:34 pm Central Time.