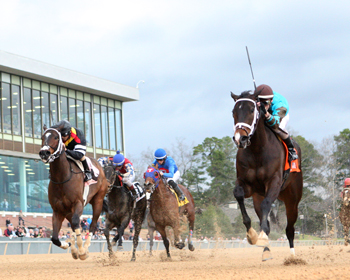 “The timing is great,” Cox said. “It’s five weeks. We really do think he’ll love the grass. This is not something we just came up with. When we had this horse early in his 2-year-old year, we always said this could be a grass horse.”

Weast Hill has a 6-1-0 record from eight lifetime starts and earnings of $279,710. He is a three-time stakes winner at Oaklawn against state-breds, and has also won in open company.

Cox said Weast Hill’s dam, Copperelle, is in foal to champion Midshipman and due in the next two weeks.