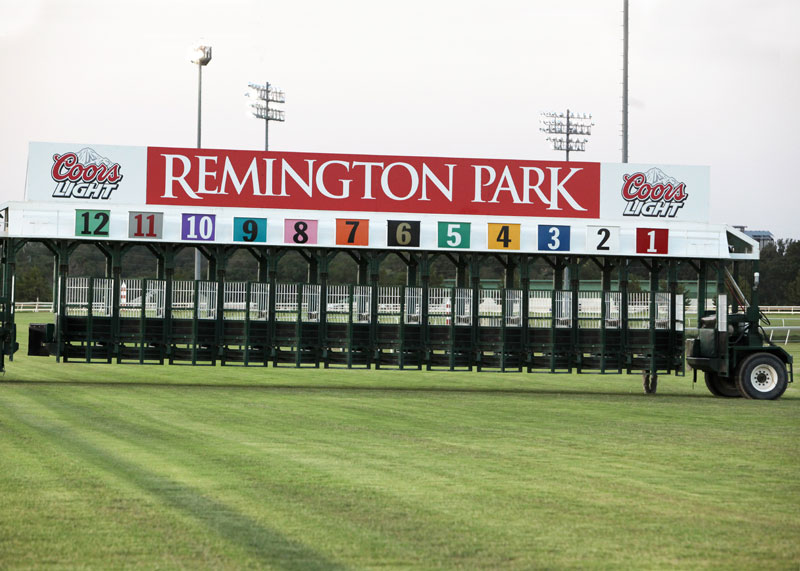 The 2017 Remington Park Thoroughbred Season starts this Friday night with large fields throughout the nine-race program that begins at 7pm-Central.

A total of 110 horses were entered for the Opening Night program, bringing the average field size to a lofty 12.2 per race. The smallest race field of the night is 11 (races 2, 5 and 6) with the maximum field of 14 for Remington Park racing utilized in both races 7 and 9. The season opener will feature a field of 13 going six furlongs in a Claiming ($7,500-level) race.

There will be a trio of turf events on Opening Night, all contested at one mile. The turf races are claiming events at the $10,000 and $15,000 level. There are a pair of Maiden races for Oklahoma-breds on the card, each worth $42,075, at five furlongs (2-year-olds) and at six furlongs (ages 3 to 5). A Maiden Claiming ($7,500 level) race at 5-1/2 furlongs will conclude the first-night options for those in search of their initial victory.

The Remington Park Thoroughbred Season will run from Aug. 25 thru Dec. 17 for a total of 67 dates. After the opening two days of racing, the normal weekly Wednesday thru Saturday schedule will begin with normal first race at 7pm.