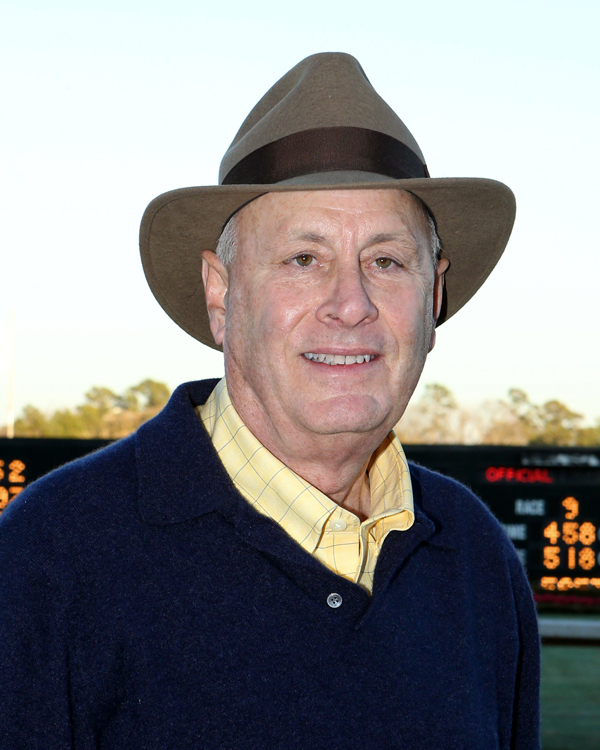 Mathews said Howard had hoped to watch the Hot Springs from a golf cart parked on the south grandstand apron (he did that for the $125,000 King Cotton Stakes Feb. 3), but his body was too weak following a recent round of chemotherapy.

“He had been struggling the last few weeks,” said Mathews, a Bismarck, Ark., businessman who had horses with Howard for 14 years. “He was just living for Ivan’s next race, and Ivan has been such a storybook story. I was really concerned that after the race, regardless of how it turned out … I didn’t know if it would be the same day. It was not totally unexpected. Unfortunate, but not totally unexpected.”

A former assistant under six-time Oaklawn training champion Cole Norman, Howard had 148 victories from 1,122 starters and purse earnings of $3,848,116 since 2003, according to Equibase, racing’s official data gathering organization.

Rocket Twentyone captured the $100,000 Arlington-Washington Lassie Stakes (G3) in 2011 at Arlington Park before running in the $2 million Breeders’ Cup Juvenile Fillies (G1) in her next start.

“He trained for me for many years,” Fletcher said. “I loved him as a man and a trainer.”

“We had 14 years, had a good run,” Mathews said. “I grew up around horses and I’ve said he was the finest caretaker of horses I’ve ever seen. To me, he was the throwback to the old gentlemen trainers of 50, 60 years ago. He was laid back, low key. You had to push him a little bit, but I trusted him completely. It was a great partnership.”

On behalf of Mathews, Howard claimed Ivan Fallunovalot for $25,000 in March 2014 at Oaklawn. The Texas-bred gelding flourished under Howard’s care, winning Oaklawn’s King Cotton Stakes in 2015 and 2016, the $250,000 Frank J. De Francis Memorial Dash (G3) in 2016 at Laurel and the last four runnings of the David M. Vance Sprint Stakes at Remington Park.

Ivan Fallunovalot also ran ninth in the $1.5 million Breeders’ Cup Sprint (G1) in 2015, when he was named the Texas Thoroughbred Association’s Horse of the Year.

Ivan Fallunovalot (17 of 31 in his career) could have reached seven figures by finishing first or second in the Hot Springs. He ran second in his first two starts this year, a Jan. 14 allowance/optional claimer and the King Cotton.

“I’m sick about him passing away, but he was living for that race yesterday,” Fletcher said. “I think it broke his heart when Ivan didn’t win.”

Trainer John L. Hall had been saddling Howard’s horses in his absence the last few weeks.