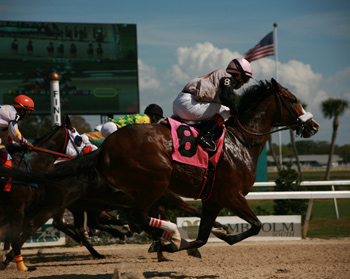 The year 2020 is going to be a year unlike any other in our lifetimes. The COVID-19 pandemic has changed every aspect of our lives. The sport of horse racing has certainly been impacted and the Horse racing Calendar has been changing quite frequently with many meets being postponed. Unlike some sports, which included close physical contact among participants, horse racing allows for some degree of social distancing and is easier to operate with no fans in attendance. That has allowed racing at some tracks to continue while nearly all other sports have been put on hold.

So how will this affect horse racing’s Triple Crown? It’s still a bit early to really know, but what we do know at this point is that the 146th running of the Kentucky Derby at Churchill Downs in Louisville is now scheduled to be run on September 5 rather than it’s originally scheduled day on the first Saturday in May. This will mark the first time since World War II that the Derby has been moved from its traditional date. The 1945 running, won by Hoop Jr. with Eddie Arcaro aboard for trainer Ivan H. Parke, was held in June instead.

We also know that the Preakness Stakes at Pimlico Race Course in Baltimore, Maryland, will be delayed until later in the year, and no plans have been announced yet as far as what to do with the Belmont Stakes in New York. That’s the third leg of the Triple Crown and it is scheduled to be held in June.

It’s possible this year that the Triple Crown races might even be run in a different order, as the Belmont Stakes could potentially be run first. That would definitely be something different than we’ve seen in many decades, but it actually wouldn’t be the first time the order has changed, if it turns out to happen.

In the early days of the Triple Crown the dates tended to shift around pretty often, and even though Sir Barton is recognized as the first Triple Crown winner, when he won all three races in 1919 no one actually referred to it as the Triple Crown. It wasn’t until Gallant Fox’s sweep in 1930 that the phrase came into wide use, and now of course it is the pinnacle of achievement in horse racing. We should know fairly soon how the 2020 Triple Crown race schedule will shake out, so until then just stay tuned and enjoy the great sport of horse racing.