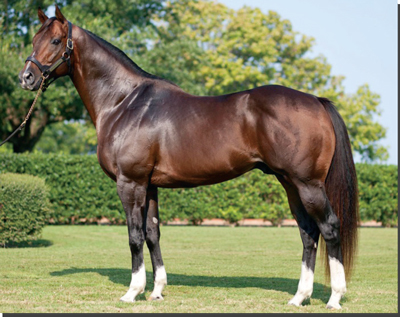 Texas stallion Jet Phone, the sire of Texas Champion Aces N Kings, died November 27 from kidney and liver problems at the age of 15. The son of Phone Trick stood his entire career at Valor Farm and was bred and raced by the late Clarence Scharbauer Jr., who founded Valor with his wife, Dorothy.

Aces N Kings, the only foal from Jet Phone’s first crop, was bred by Diamond D Ranch and campaigned by Caroline Dodwell to a title of Texas Champion 2-Year-Old Colt/Gelding with five wins from eight starts as a juvenile.

“We foaled him here and, other than the racetrack, he lived his whole life here; now he’ll be buried here,” said Ken Carson, general manager of Valor, in a Bloodhorse.com article. “He never got enough mares to be of any significance, but everyone loved him. He was a really kind horse, and we sure hated to lose him.”