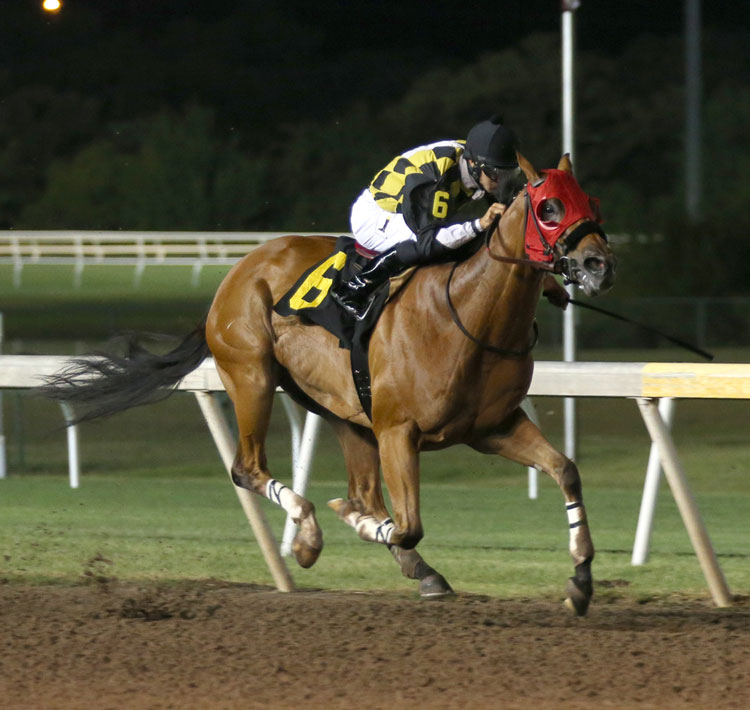 Ivan Fallunovalot, the 2015 Texas Horse of the Year and champion sprinter a year ago at Remington Park, returned Thursday night to ready for stakes competition. Coming off a seven-month layoff, the 6-year-old gelding pulled clear to win by two lengths while handling six furlongs in a quick 1:08.72 over a good main track.

Owned by Lewis Mathews Jr. of Bismarck, Ark. and trained by Tom Howard, Ivan Fallunovalot was ridden by Lindey Wade. The veteran tracked pace-setting A M Milky Way for the first half-mile before gunning for the lead, taking over with just over a furlong to go. Apprehender rallied from over 10 lengths back in last after the opening quarter-mile to gain second. Medal Of Courage made a bid behind the winner early in the stretch but settled for third, 2-1/2 lengths behind the winner.

Ivan Fallunovalot used the $40,000 allowance event as a comeback prep-event to ready for the $150,000 David M. Vance Sprint on Sept. 25. The Vance Sprint is one of 10 stakes races on the big Oklahoma Derby Day program. Ivan Fallunovalot won the race a year ago when it was known as the Remington Park Sprint Cup.

The win was the 13th from 22 career starts for Ivan Fallunovalot, a Texas-bred gelding by Valid Expectations from the Horse Chestnut (SAF) mare Flashdance Missy. He earned $23,898 for the score to up his lifetime bankroll to $560,808. He was bred by Eileen Hartis.