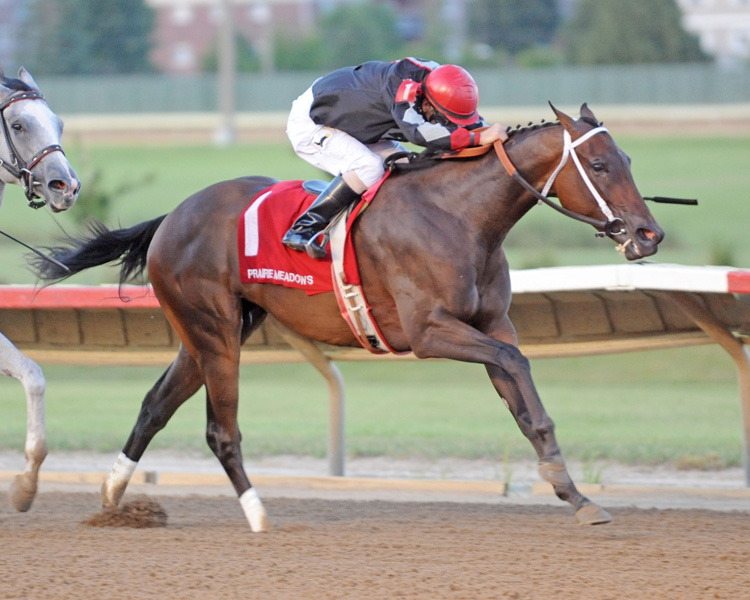 A pair of Texas-breds swept the exacta in the $65,000 Prairie Gold Lassie Stakes at Prairie Meadows on Thursday night as Grandma’s Princess prevailed over Country Candy in the stakes for 2-year-old fillies. Ridden by Ken Tohilll for breeder/owner Tom Durant and trainer Randy Morse, Grandma’s Princess won by a half-length in a time of 1:13.19 for six furlongs. The filly debuted with a victory against $40,000 maiden claiming company at Churchill Downs and then finished sixth there in the $100,000 Debutante Stakes in her only other start. The daughter of Sing Baby Sing has now earned $55,600 in her three starts.

Country Candy, a $65,000 purchase at this year’s Texas 2-Year-Olds in Training Sale, finished third in the same Debutante Stakes at Churchill after breaking her maiden by nearly 10 lengths at Lone Star Park. Bred by Keith Asmussen and sired by Intimidator, Country Candy has earned $34,780 for owner Keene Thoroughbreds LLC. She is trained by J.R. Caldwell.