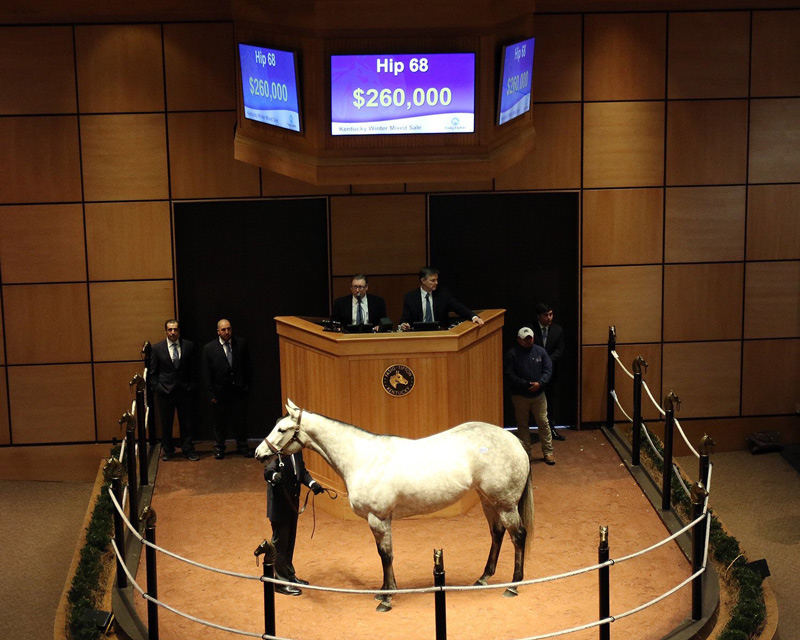 Stakes winning broodmare prospects and in-foal mares were the most popular commodities during the first session of the Fasig-Tipton Kentucky Winter Mixed Sale on Monday. The session saw multiple six-figure sales for yearlings, broodmares, and racing/broodmare prospects.

The session topper was multiple stakes-winning Texas-bred Bling On the Music (Hip 68), purchased for $260,000 by International Equities Holdings from the consignment of Baccari Bloodstock, agent. Winner of the Gold Rush Futurity at Arapahoe Park and Texas Thoroughbred Futurity at Lone Star Park at two, Bling On the Music also finished third in the Pocahontas S. (G2) on the way to career earnings of $153,167. She was sold as a broodmare prospect.

Bred by W.S. Farish and sired by Too Much Bling, who previously stood at Farish’s Lane’s End Texas and now stands at Valor Farm in Texas, Bling on the Music originally sold for $95,000 at the Texas 2-Year-Olds in Training Sale at Lone Star Park. She was purchased by Danny Keene from the consignment of Asmussen Horse Center.