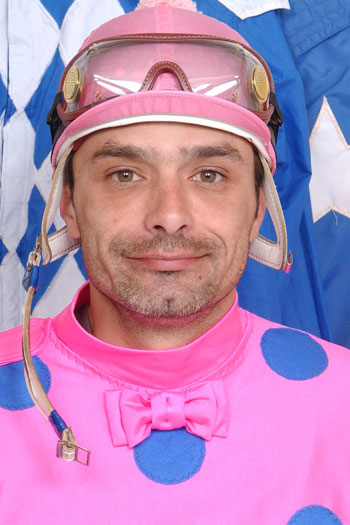 Sam Houston Race Park is in final preparations for its 24th live racing season. Friday, January 20 is opening night of the Thoroughbred meet and the men and women who serve our country will be entitled to Free Admission for Military (with valid ID).

The draw for opening night took place on Friday, January 13 and nine races will be run, including three on the highly regarded Connally Turf Course. The racing office, now under the direction of racing secretary Matt Crawford, reports that over 950 horses are currently stabled on the backside.

“We had a good entry day and have welcomed a group of very loyal supporters of Texas racing as well as several new conditioners” said Crawford. “Horsemen have been pleased with the track surface during training hours and are eager to begin the 2017 live racing season.”

Last week track officials announced that the seven Texas-bred stakes scheduled for Texas Champions Weekend on January 20-21 would be postponed until later in the meet due to the equine herpesvirus outbreak in Louisiana.

Native Texan Pish was honored at Sam Houston as leading trainer four times, and has won the title at Retama Park 17 years in a row. With horses running in each of the Texas tracks as well as Fair Grounds and Delta Downs in Louisiana, Pish had an excellent year, finishing 14th in wins for all North American Thoroughbred trainers.

Pish celebrated a career milestone of 2,000 wins on Memorial Day at Lone Star Park with U S Officer, a Kentucky-bred colt owned by Jerry Durant and Bill Jordan. The talented juvenile continued to progress throughout the year, winning the Clever Trevor Stakes at Remington Park and placing third in the $300,000 Remington Springboard Mile on December 11.

“I had 26 2-year-olds in training last year and honestly thought he was my second best of the crop,” said Pish. “But he has exceeded our expectations and looks like he will be a nice 3-year-old.”

U S Officer is currently training at Sam Houston Race Park with Pish pointing the handsome chestnut colt to the $50,000 Texas Heritage Stakes on February 25.

They will be joined by several returning veterans, notably Quincy Hamilton, who was leading rider at Sam Houston Race Park in 2005 and 2006 as well as 2010 title holder, Paul Nolan. Also, DeShawn Parker, leading rider here in 2015, is recovering from a heel injury last month at Fair Grounds. He is considering returning to Houston, pending medical clearance.

One of the most inspiring comeback stories belongs to jockey Ted Gondron, who competed in every Thoroughbred meet at Sam Houston from its opening in 1994 through 2006. He celebrated his 2,000th career win on August 25, 2006 aboard Silver Wind at Retama Park. Just months later, On Friday, October 13, his fortunes changed when he broke his back in a racing spill. Gondron, who resides in Dripping Springs, Texas, hung up his tack and did not ride for ten years, serving as an assistant trainer to Pish and working as a farrier.

It was Pish who convinced Gondron, 47, to return to the saddle last summer, which proved to be a great move for both men. His first victory came on July 22 aboard the Pish-trained Ty’s Agenda at Gillespie County Fairgrounds. Additional wins followed at Lone Star Park and Gondron tied for leading rider (with Sasha Risenhoover) at Retama Park. He completed 2016 with a record of 40 wins from 173 starts, with 28 seconds and 22 third-place finishes.

“Danny was the one who talked me into coming back,” said Gondron. “I was working horses for him and he convinced me to tack up.”

Gondron won three races on opening night at Retama Park and eight in the first weekend. Horsemen took notice and he was back in business with additional mounts at Remington Park and Delta Downs at the end of 2016.

“He really did well,” said Pish. “I believe he came back with a renewed desire to ride and deeper appreciation for the horse.”

So, after a ten-year hiatus from race riding, could the 1997 Sam Houston Race Park leading rider emerge on top in the 2017 Thoroughbred meet?

“You’ve got to have the stock,” admitted Gondron. “But I have confidence and believe I am the all-time leading rider at Sam Houston. I would love to win races this meet and pick up my 11th (leading rider) title.”

First post on Friday is 7 pm and live racing gets underway on Saturday, January 21 at 6 pm. Sam Houston Race Park also presents lunch-time racing every Monday and Tuesday afternoon with a new starting post time of Noon. Admission is FREE each Monday and Tuesday.

The Houston Racing Festival will return for its fifth running with a new date and post time this year. The traditional Saturday night was adjusted this year as several of the riders expected to compete will be in Florida on Saturday, January 28 for the Pegasus World Cup Invitational at Gulfstream Park. The Houston Racing Festival will take place this year on Sunday, January 29 at 12:00 pm (Central).

The Grade 3, $400,000 Houston Ladies Classic is the marquee event on the richest day in Texas Thoroughbred racing. Turf specialists will compete in the Grade 3, $250,000 John B. Connally Turf Cup and the $75,000 Frontier Utilities Turf Sprint, $50,000 Space City Stakes and the $50,000 Houston Distaff will also be contested.