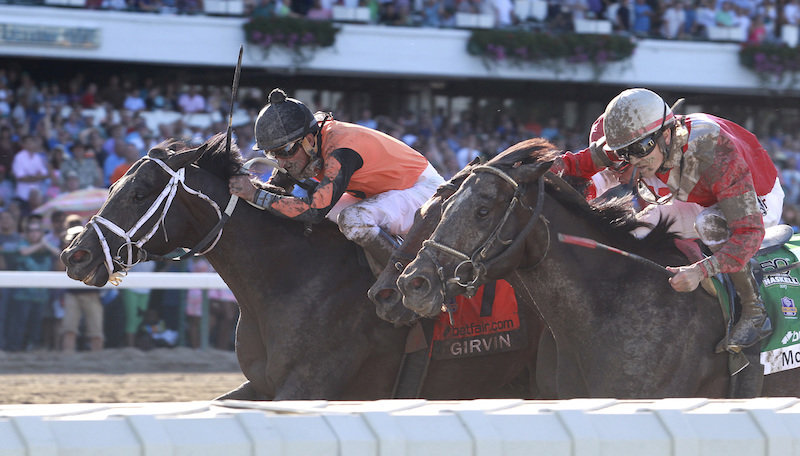 The nomination list for the 2017 Oklahoma Derby has been released by the Remington Park racing office. The list of 38 contains many accomplished 3-year-olds who have won graded races of every level, including many runner who competed on the Triple Crown trail earlier this year.

Already an earner of $1,549,800, Girvin most recently finished 11th in the Grade 1 Travers Stakes at Saratoga in upstate New York on Aug. 26. A colt by Tale of Ekati from the Malibu Moon mare Catch The Moon, Girvin has won three of his seven career races and was 13th in the Grade 1, $2,000,000 Kentucky Derby at Churchill Downs in Louisville, Ky. on May 6 before running second in the Grade 3, $500,000 Ohio Derby at Thistledown in Cleveland on June 24.

Girvin’s connections had success at Remington Park last year, winning the Springboard Mile, the top 2-year-old race of the season, with Cool Arrow.

Battle Of Midway finished third in the Kentucky Derby after running second in the Grade 1, $1,000,000 Santa Anita Derby in early April. Trainer Jerry Hollendorfer is expected to seek his second victory in the Oklahoma Derby with Battle Of Midway. He won the 2014 edition with Tonito M.

Battle Of Midway won the $100,000 Shared Belief Stakes in his most recent attempt on Aug. 27 at Del Mar. After his Kentucky Derby effort, the Smart Strike colt won the Grade 3, $100,000 Affirmed Stakes at Santa Anita in July before finishing sixth behind Girvin in the Haskell.

Colonelsdarktemper won the Grade 3, $750,000 West Virginia Derby at Mountaineer Park on Aug. 5 before a recent third-place run at Parx in the Grade 3, $300,000 Smarty Jones Stakes in Philadelphia. Owned by car racing legend A.J. Foyt, Jr. and trained by Jinks Fires, Colonelsdarktemper did not begin his racing career until February this year. While competing at Oaklawn Park in Hot Springs, Ark. the colt by Colonel John broke his maiden at first asking.

The prospective field for the Oklahoma Derby will continue to take shape in the coming days. Contenders for the derby and many of the other nine stakes race on the undercard are expected to ship to Oklahoma City within the next week. The Oklahoma Derby Day program will be compiled in the Remington Park racing office on Thursday, Sept. 21.