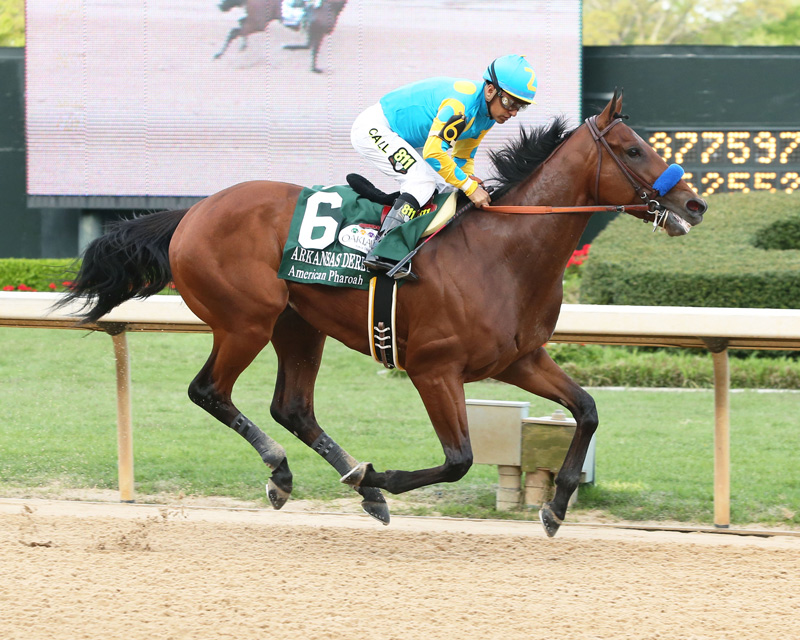 As a lasting tribute to the first Triple Crown winner in 37 years, who began his historic campaign at Oaklawn, the track will unveil a life-size bronze statue of American Pharoah Thursday, Jan. 11 at 11 a.m. Oaklawn opens for its 114th live racing season Jan. 12 with a special 12:30 p.m. first post.

“American Pharoah took a couple of detours on his way to the Triple Crown. But, running and winning twice at Oaklawn he found the stride, the resilience and the will to win that enabled him to power through the Derby, Preakness and Belmont,” Baffert said.

The bronze statue, by artist James Peniston, was commissioned by the late Charles Cella and is the focal point of a newly redesigned entrance to the Grandstand. The new, park-like setting will greet guests in 2018.

“We are extremely honored,” said Justin Zayat, son of owner Ahmed Zayat and Racing Manager for Zayat Stables. “Oaklawn has always been a track we love and have had great success at. Winning the Rebel and Arkansas Derby was a great foundation for American Pharoah and it was after his Arkansas Derby that we knew we had something truly special.”

“This statue is not only a lasting tribute to American Pharoah, but also to my father, Charles Cella,” Oaklawn President Louis Cella said. “His vision for the track was to have the very best 3-year-olds come through Hot Springs on their way to the Triple Crown races. His dream started coming true in 2004, the year Smarty Jones won the Rebel, Arkansas Derby, Kentucky Derby and Preakness, and came full circle when American Pharoah won the Triple Crown. We look forward to continuing my father’s legacy by attracting the top horses for years to come.”

The unveiling will be open to the public. For more information, visit www.Oaklawn.com.