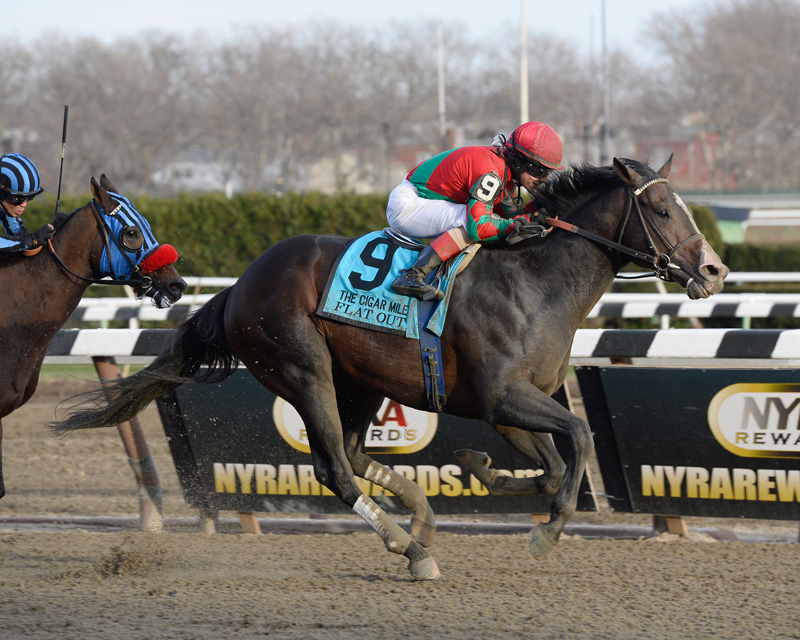 Multiple Grade 1 winner Flat Out (Flatter – Cresta Lil), a leading third-crop sire of 2019, has been sold to continue his stud career at Dr. Warren Center’s Mighty Acres near Pryor, Oklahoma, in a deal brokered by Chad Schumer of Schumer Bloodstock.

Flat Out is the leading third-crop sire of 2019 by winners thanks to 89 individual scorers through September 22. Progeny earnings of approximately $3.7 million for 2019 also makes the son of Flatter a top three US-based third-crop sire, and the leading Oklahoma-based stallion.

Flat Out is already the sire of six stakes winners from his time at Spendthrift Farm including successful two-year-olds Flat Out Speed, recent winner of the Iowa Sorority Stakes, and Pacific Gale alongside the stakes-winning sprinter Wendell Fong. In all, Flat Out is responsible for 18 black-type horses, and with a large crop of yearlings (106) in the pipeline, is primed for further success.

Flat Out brings an outstanding race record to the Oklahoma market as the winner of nine of 29 races for $3,645,383 in earnings. His victories included two renewals of the Grade 1 Jockey Club Gold Cup, in which he defeated the likes of Drosselmeyer, Stay Thirsty and Fort Larned, and Grade 1 Cigar Mile, in which he defeated Private Zone and Verrazano. He was also Grade 1-placed on a further eight occasions, notably when third in the Breeders’ Cup Classic.

A member of the thriving Flatter branch of the A.P. Indy sire line, Flat Out is a half-brother to Lil Indy, dam of this year’s Kentucky Derby first past the post Maximum Security, and out of the stakes-winning Cresta Lil, by Cresta Rider.

A 2020 stud fee for Flat Out will be confirmed at a later date.

Flat Out will stand alongside Den’s Legacy, Liaison, Pollard’s Vision and The Visualiser at Mighty Acres.