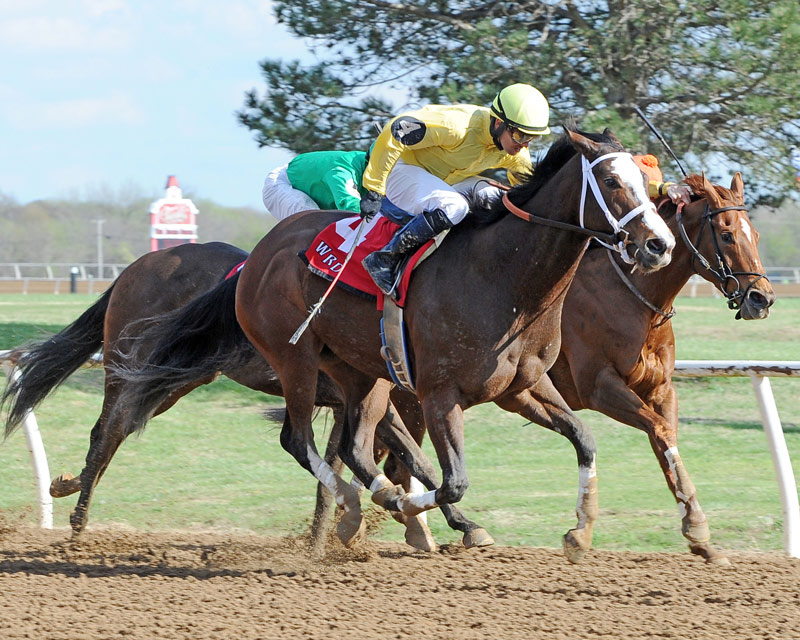 Blue Valley Farm LLC”s Rockin the Bleu’s scored her first open company stakes win on Monday with a half-length victory in the $50,000 Miranda Diane Stakes at Will Rogers Downs. Bryan McNeil rode the 6-year-old Rockport Harbor mare for trainer Mike Biehler and stopped the timer at 1:09.81 for six furlongs over a good track.

Bred by Jeff and Debora Hilger, Rockin the Bleu’s has now won nine of 25 starts with earnings of $252,183. Much of her success has come at Canterbury Park, but she also won two races at Laurel Park in Maryland in 2014. She earned her first stakes win in the 2015 Bella Notte Minnesota Distaff Sprint Championship Stakes at Canterbury, and this marks her second overall stakes win.

Rockin the Bleu’s is out of Minnesota-bred Bleu’s Apparition, a stakes-winning daughter of Silver Ghost.

The Miranda Diane is named for the Oklahoma-bred mare by Fistfite who won six stakes at Will Rogers during a career that included 13 wins and earnings of more than $400,000.