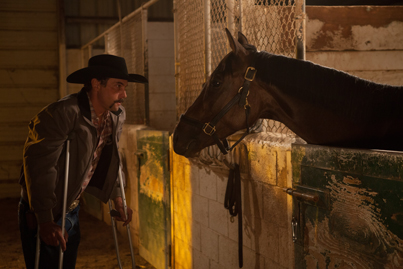 The cast and filmmakers of the movie “50 to 1,” which tells the improbable story of New Mexico-based Mine that Bird’s victory in the 2009 Kentucky Derby, have embarked on a cross-country tour to promote the film and will be in Texas, Louisiana and Oklahoma in the coming weeks. The list of appearances includes Sam Houston Race Park on March 28 and Fair Grounds Race Course on Louisiana Derby Day, March 29. Stops are also scheduled for Dallas, Oklahoma City and Tulsa.

The March/April issue of Southern Racehorse includes a feature story about the movie tour. Click here to read it.