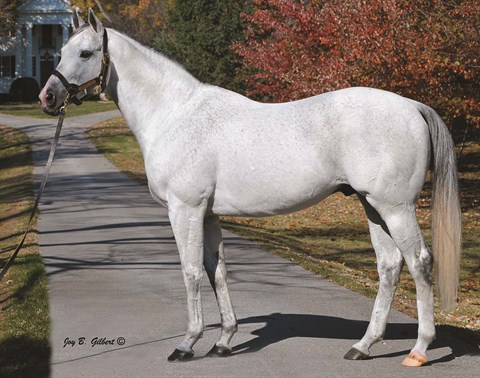 Fort Prado, a multiple stakes-winning millionaire, has been relocated to Swifty Farms in Indiana for the 2017 breeding season, according to an article on the Blood-Horse website. The El Prado stallion formerly stood at Buck Pond Farm in Kentucky.

An Illinois Horse of the Year and eight-time champion in that state, Fort Prado raced until age 8 and compiled a record of 59-18-10-6 with earnings of $1.21 million. He won a total of 13 stakes during his career, most on the turf, from 5 ½ furlongs to 1 1/8 miles. His graded stakes wins include the Grade 3 John B. Connally Breeders’ Cup Turf at Sam Houston and Fair Grounds Breeders’ Cup Handicap in Louisiana.

From four crops to race, he has sired the earners of more than $2.7 million with his top earner being Prado’s Sweet Ride, who won last year’s Grade 3 Regret Stakes at Churchill Downs and has banked $205,412.

Fort Prado is owned and was raced by Team Block, the Illinois racing family that includes his breeder David Block and trainer Chris Block. His connections indicated that the breeding incentives in Indiana were the reason for the move.