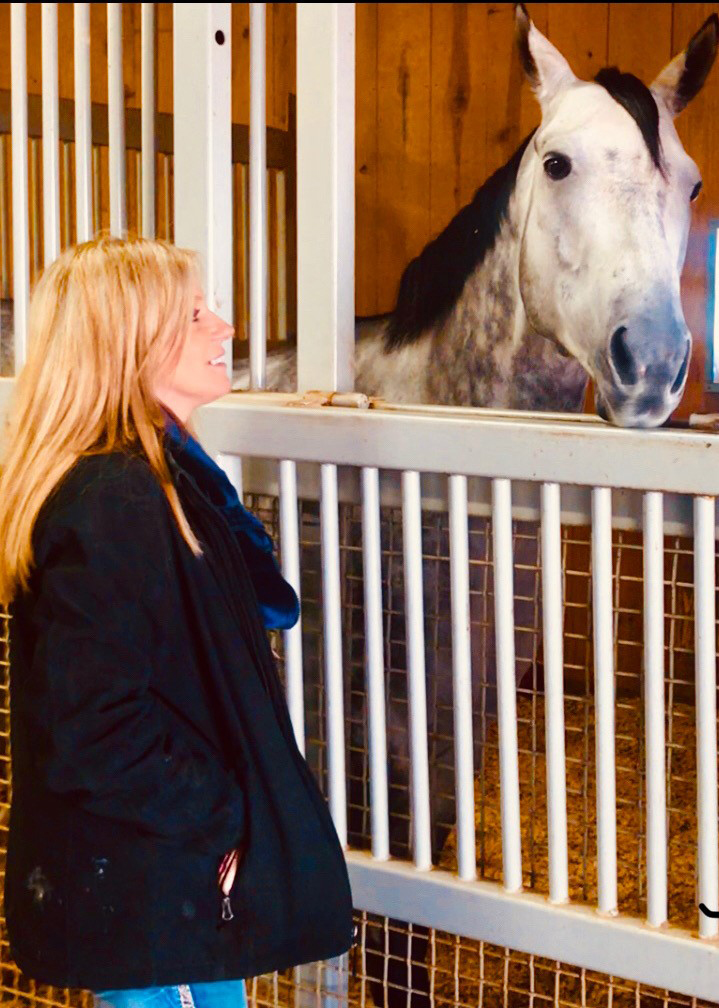 When trainer Teri Luneack was a little girl she would lie in bed and stare at her Barbies on horseback and the horses on the curtains that covered her bedroom windows.

When Luneack fell asleep, however, she never in her wildest dreams saw herself training a racehorse to a million dollars in earnings. She has done that, and will once again saddle that millionaire, Welder, in an attempt to win his 10th stakes race in a row at Remington Park when he runs in Friday night’s $130,000 Oklahoma Classics Sprint. Welder is also trying to extend his record of nine consecutive stakes victories at this track.

If you didn’t believe in destiny before, the storied road that led Luneack to Welder and his owner Clayton Rash (Ra-Max Farms) of Claremore, Okla., might change your mind.

Luneack grew up in Michigan and when she graduated from Traverse City Senior High she walked out the doors of the high school and straight into the United States Navy.

Insert goose-bump music here. That was long before she started working with horses and years before meeting Rash, who had built an international welding business.

“That’s crazy, isn’t it?” she said of the welder connection. “To think years later I would go to work for Clayton and him saying, ‘Let’s name one horse Welder.’”

Luneack learned her hard-nosed work ethic in the Navy and that led to success as she moved into the horse world. She began training horses in the show horse industry when her kids, Taylor (son) and Haley (daughter), were young.

“I showed dressage for years before my children were old enough to show,” she said. “Once they got bigger, we started showing together. Both of my children are extremely good horsemen.”

Luneack and her crew in Michigan won many world championships in both halter and riding. She had never met Rash before, but he had show horses at the time.

“Taylor actually introduced me to Clayton and we all decided it would work great for me to come down to Oklahoma and run Clayton’s farm there,” she said.

So, while the Navy had shown her places like Hong Kong, Singapore, Japan, Diego Garcia, Thailand and the Philippines, the horse world had plopped her down in Claremore, Okla.

On one bright morning while searching for yearlings to buy in nearby Pryor, Okla. at the Mighty Acres farm, fate struck this outfit like lightning in a thunderstorm. Rash had put aside enough money to buy about five yearlings priced at $6,400 apiece. They had just about wrapped up the deal when Luneack said she spotted a little, gray guy standing in the corner of his stall.

“He was perfect; straight as an arrow,” she said. “We asked if they would throw him in and eventually they said yes.

Shortly thereafter, Rash suggested to Luneack that they name one of the horses in the bunch “Welder.”

The rest is history in Oklahoma horse racing. Here is a litany of the things Oklahoma-bred Welder, a son of The Visualiser, out of the Tiznow mare Dance Softly, has accomplished under the keen eye of Luneack’s training:

·         Two-time Oklahoma Horse of the Year.
·         Only horse in Remington Park history (since 1988) that has won back-to-back Horse of the Meet trophies.
·         Set the track record for six furlongs in 1:08.13 seconds winning the David M. Vance Sprint on Sept. 29, 2019.
·         Nine consecutive stakes wins in a row at Remington Park – two Remington Park Turf Sprints (one was taken off the turf and moved to a sloppy main track), three wins in the Silver Goblin Stakes, two wins in the Oklahoma Classics Sprint, and two Vance Sprints.
·         Crept up on Slide Show’s all-time 11-race win streak at Remington Park before losing an open allowance on Dec. 14, 2019. He had nine wins in a row, settling for second longest streak in Oklahoma City.
·         Four-time Horse of the Meet at Will Rogers Downs in Claremore.
·         Winner of Thoroughbred Racing Association Oklahoma Classic Sprint five years in a row at WRD.
·         He is the prohibitive 1-2 favorite to win his third Oklahoma Classics Sprint in a row. Highland Ice and Okie Ride won this race four times. Medium Rare won it three times. Jockey David Cabrera has been aboard for eight of the nine stakes wins at Remington Park, Travis Cunningham started the streak in 2017 in the Silver Goblin.

Now the story has come full circle for Luneack as Welder’s numbers – 35 starts, 23 wins, five seconds and four thirds for total earnings of $1,059,018, tends to make her head spin, much like the feeling she used to get staring at her Barbies and curtains as a child.

“I’ve always been horse crazy,” she said. “I’m thinking I was born with it.”

Remington Park racing continues Wednesday through Saturday, Oct. 14-17, with the first race nightly at 7:07pm. The Oklahoma Classics, a million-dollar night of divisional stakes events for top Oklahoma-breds, is on Friday.