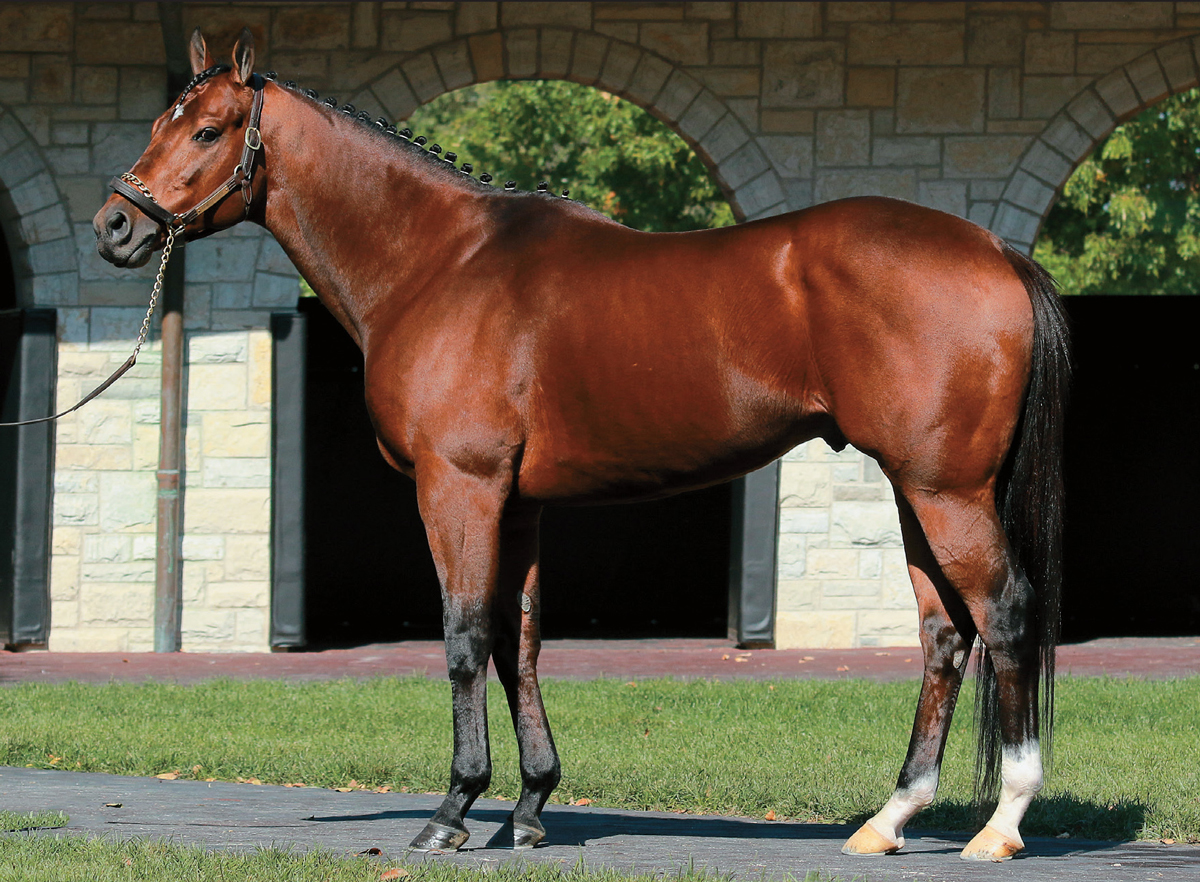 Lenny K, an Ontario-bred gelding by Oklahoma stallion Den’s Legacy, broke his maiden at Woodbine on July 8 with an eye-catching win by 2 ¾ lengths with a fast clocking of 1:08.60 for six furlongs. The track record at the Canadian track is 1:08.05.

Bred and owned by Al and Bill Ulwelling, Lenny K was foaled on January 16, 2018, making him the first foal by Den’s Legacy. Lenny K now has a record of 5-1-2-1 with earnings of $92,812. He was ridden to victory by Justin Stein and is trained by Kevin Attard.

Den’s Legacy has now sired six winners to date from his first two crops, putting him among the leading sires in the Southwest. A son of Medaglia d’Oro, Den’s Legacy was a Grade 3 winner and Grade 1-placed runner on the track who earned nearly $700,000. He stands at Mighty Acres in Pryor, Oklahoma.