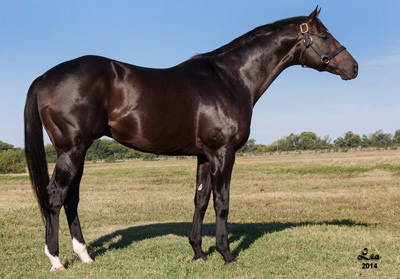 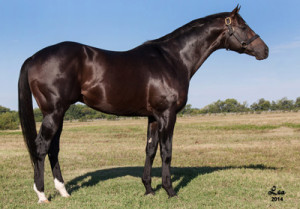 Oratory, one of Oklahoma’s leading stallions, has been euthanized following an accident while recovering from surgery to address a nerve problem. The son of Pulpit stood at Francisco and Lori Bravo’s River Oaks Farms in Sulphur, Oklahoma, as property of Mike Grossman’s Eureka Thoroughbred Farm.

One of the top 3-year-olds of 2005, Oratory won three of his five starts that year for owner Darley Stable. He captured the Grade 2 Peter Pan Stakes at Belmont Park by 4 ¾ lengths under Jerry Bailey, earning a 114 Beyer Speed Figure, and was later retired after sustaining an injury in a workout.

From six crops to race, Oratory has sired the earners of nearly $8 million. His leading earner is multiple stakes winner Monster Sleeping with a bankroll of $481,880, and last year he was represented by the undefeated Texas-bred 2-year-old My Master Plan, a two-time stakes winner at Remington Park who was named the top juvenile filly at the Oklahoma City track and also Texas Champion 2-Year-Old Filly.

“The loss of this good stallion is a loss for many people that were willing to support him and recognized his impeccable breeding and conformation,” said Francisco Bravo. “Undoubtedly it’s a terrible loss for owner Mr. Mike Grossman. We would like to thank everyone for their support and understanding.”

Oratory previously stood in Texas at Eureka Thoroughbred Farm and was that state’s leading sire by earnings in 2012. He also stood in Maryland.