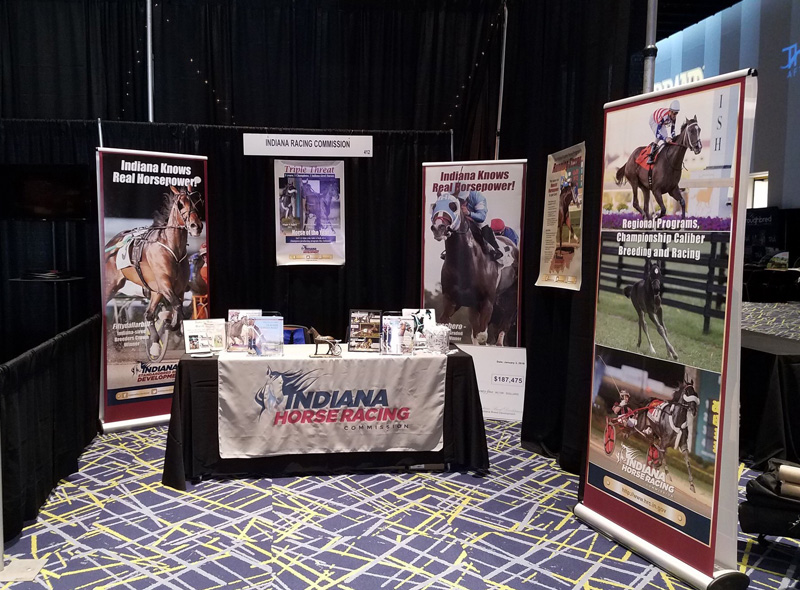 The Indiana Horse Racing Commission realizes that one of the biggest struggles for the horse racing industry is growing a following that includes not only owners and breeders, but fans. That’s why, when the second annual international horse racing convention, fan festival and trade show came to Louisville in conjunction with the Breeders’ Cup World Championships, it was important to the Commission to be part of Equestricon 2018.

Equestricon is an event that brought together not only horse racing fans, but the legends of horse racing, handicappers, potential owners and breeders and ways to facilitate and indulge any curiosity they might have. Held at the Kentucky International Convention Center from October 29-30, Equestricon saw thousands of attendees stream through the doors for various educational talks, inspiring speeches and camaraderie.

“We felt it was important for the Indiana Horse Racing Commission, and its three breed development programs, to be part of this event,” says Megan Arszman, marketing and communications for the IHRC. “First of all, it’s in our own back yard, so the cost wasn’t an issue. Second of all, this seemed like the best chance to inform the younger generation about how lucrative regional breeding programs can be, especially if they’re just starting out in the industry.”

Indiana was the only state that represented all three of its breed development programs—Standardbred, Quarter Horse and Thoroughbred—and one of only two state programs in the trade show. Questions were answered by Director of Racing and Breed Development Jessica Barnes and Arszman, as well as some IHRC staff that attended in support.

The Indiana contingent also was represented during the Rood & Riddle Equine Hospital Breeders’ Cup Post Position Draw, when 2017 Indiana-bred Horse of the Year Bucchero drew post position 2 for the Grade 1 Turf Sprint, to be held on Saturday, November 3. Bucchero, who is also the leading money earning Indiana-bred, is racing in his second Breeders’ Cup.

“It was a wonderful experience, with a lot of great connections made within the industry that we might have missed had we not attended,” says Barnes.