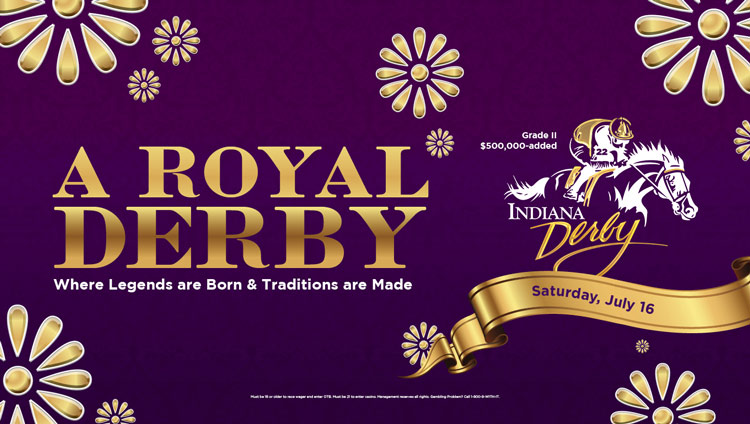 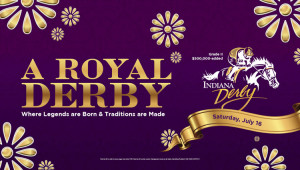 A total of 46 3-year-olds have been nominated to the 22nd running of the Grade 2, $500,000-added Indiana Derby at Indiana Grand Racing & Casino. The race, contested at one and one-sixteenth miles, will headline a stellar program set for Saturday, July 16 featuring six stakes and purses in excess of $1 million.

Heading the list of horses is Cherry Wine from the Dale Romans barn. The grey son of Paddy O’Prado competed in both the Preakness and the Belmont Stakes earlier this year, finishing second in the Preakness. His last three starts have been in Grade 1 events, including a third place finish in the $1 million Blue Grass Stakes at Keeneland. Cherry Wine is one of six horses on the list with earnings in excess of $500,000.

Nine horses on the list competed in at least one leg of the 2016 Triple Crown races. The richest horse nominated to the race is Suddenbreakingnews, who finished second in the Grade 1 Arkansas Derby and was a fifth place finisher in the Grade 1 Kentucky Derby. The Mineshaft gelding hails from the Donnie Von Hemel Stable and last competed in the Belmont Stakes. Most of his $730,000-plus bankroll was recorded in 2016.

Two-time Indiana Derby winning trainer Bob Baffert has nominated six to this year’s richest race in the state of Indiana. Heading the list of hopefuls for the Baffert barn includes Collected, who won the Grade 3 Lexington Stakes at Keeneland before competing in the Preakness. Collected has won three of five starts for 2016 and is joined by American Freedom, Arrogate, Cupid, Danzig Candy, and Westfest as horses nominated by Baffert.

The Indiana Derby is one of six stakes races on the program. It will be joined by the Grade 2, $200,000-added Indiana Oaks, which received 40 nominations as well as two Listed Stakes, the Indiana General Assembly Distaff, 46 nominations, and the Warrior Veterans with 48 nominations. Both Listed Stakes will be contested on the turf course at Indiana Grand.

The Indiana Derby is surrounded by numerous activities, creating a three-day festival atmosphere. The Thursday, July 14 racing program tagged “A Knight in Arms” is dedicated to the armed forces and veterans with a special program following the races. Following the afternoon racing program Friday, July 15 will be “A Royal Feast Fest” and a free concert trackside by country music artist Rodney Atkins. Festivities on Indiana Derby Night will get underway when doors open at 4:30 p.m. The first race is set for 6:05 p.m. and will feature numerous celebrities, including the Indiana Derby Chairman David Koechner, actor and one of the stars of Anchorman and Anchorman II alongside Will Ferrell.