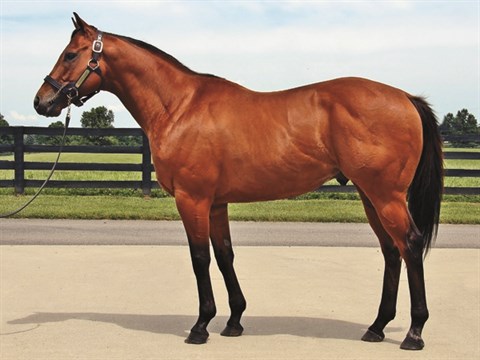 “He has a very strong pedigree with Beholder and Into Mischief appearing in it,” says owner Greg Justice of Justice Farm, located in Lexington, Ky.

Harry’s Holiday covered 28 mares in his freshman season in Kentucky and will be standing for $3,000 in Indiana for the 2018 season. Inquiries can be sent to Justice Farm, 6998 Man O’War Blvd, Lexington, KY 40509 or email: justicefarm@mw.twcbc.com

The Indiana Thoroughbred Breed Development Program is a growing regional and national breeding program. Stallion registrations are due October 15 with no late penalty. For foals to be considered Indiana bred, mare owners must send in their application by November 1, 2017, and have the mare in the state of Indiana at that time.