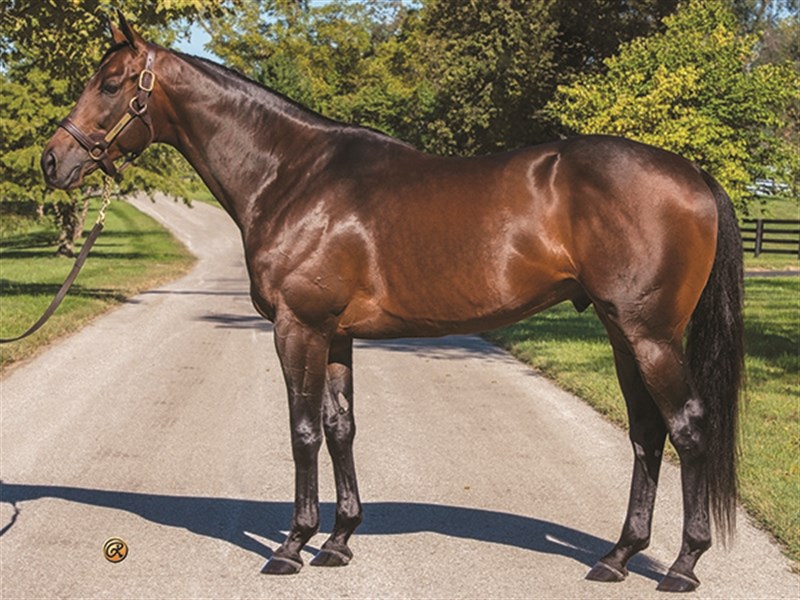 Grade 1 winner Liaison is to relocate to Dr. Warren Center’s Mighty Acres in Pryor, Oklahoma, in a deal brokered by Chad Schumer of Schumer Bloodstock.

Liaison’s first crop includes the talented filly Thirteen Squared, who has been placed in both the G1 Santa Anita Oaks and G2 Summertime Oaks this year, and multiple stakes winner Bronx Beauty. His second, meanwhile, contains the recent $500,000 Kentucky Downs Juvenile Turf Sprint hero Moonlight Romance, to date the winner of two of his three starts on American soil.

The son of Indian Charlie currently has seasonal earnings of approximately $1.43 million, enough to make him at least the second leading sire of 2018 in Oklahoma. He also has a crop of 78 yearlings to run for him in 2018, meaning that he is well placed maintain that momentum.

Liaison was a top runner himself for Arnold Zetcher and Bob Baffert who capped a brilliant juvenile season with victory in the Grade 1 CashCall Futurity at Hollywood Park. After running placed in the Grade 2 Jim Dandy and Swaps Stakes at three, he returned at four to win the Grade 2 Mervyn LeRoy Handicap at Betfair Hollywood Park.

A precocious and tough performer who held his own at a high level over three seasons, Liaison retired to stand at Spendthrift Farm in Kentucky as the winner of five of his 18 starts for career earnings of $767,288. Spendthrift will retain the the right to return Liaison to Kentucky, should it choose.

“We are delighted that Liaison will be available to breeders at Mighty Acres from next season,” said Chad Schumer. “The first son of Indian Charlie to stand in Oklahoma, his two-year-old form as well as his ability to sire two-year-olds of the calibre of Moonlight Romance makes him a good fit for that market.”

Liaison (Indian Charlie – Galloping Gal by Victory Gallop) will stand alongside Den’s Legacy, Pollard’s Vision, Save Big Money and The Visualiser at Mighty Acres. His fee will be set at a later date.