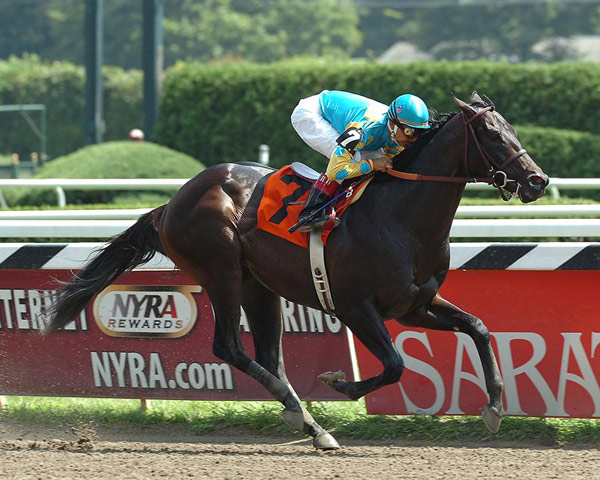 Maimonides, a $4.6 million Keeneland yearling with a brief but brilliant racing career, has been relocated to stand the 2017 breeding season at J&M Equine Reproduction Center in Wynnewood, Oklahoma. He will stand for a $1,500 fee as property of Matt Edwards.

A son of the undefeated Breeders’ Cup Juvenile (G1) winner and Eclipse Champion 2-year-old colt Vindication, Maimonides brought a bid of $4.6 million from Zayat Stables at the Keeneland September yearling sale. In his career debut for trainer Bob Baffert, he rolled to an 11 ½-length win in a Saratoga maiden race. He followed that up with a third-place finish in the Grade 1 Hopeful Stakes at Saratoga but came out of that race with bucked shins and was eventually retired.

Maimonides is a half brother to Grade 1 winners and successful sires El Corredor and Roman Ruler. As a sire, Maimonides’ top performer is Brewing, a multiple stakes winner at Oaklawn and earner of more than $270,000. Maimonides is also the sire of Xixixi, a younger half brother to Triple Crown winner American Pharoah who won two races and now stands in Pennsylvania.