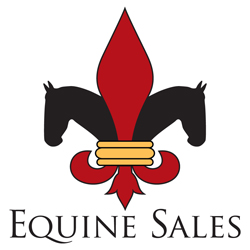 Equine Sales Company held its second-ever auction on September 4 in Opelousas, Louisiana, and this year’s Consignor Select Yearling Sale recorded large increases over last year’s inaugural open yearling sale according to figures released by the auction company. For this year’s auction, total sales of $1,714,300 were reported with 132 of 161 head selling for an average of $12,987 and a median of $9,000. Last year’s open sale reported 152 of 264 sold for a total of $1,268,700 with an average of $8,347 and median of $4,200.

While the two sales did have different formats, with last year’s being open and this year’s being select, the figures show a big increase in average of 55.6%, a jump in median of 114.3% and a gain in gross sales of 35.1%. Buy-backs also shows great improvement this year at 18% compared to 42.4% last year.

“We had an outstanding sale, very well-attended by buyers, consignors and pinhookers from both regional and national markets,” said Sales Director Foster Bridewell. “With our new on-site sale barns, consignors reported they felt Equine Sales Company’s new venue was as accommodating and comfortable for horses as any venue in the South.

“We were truly proud to offer this exciting new regional sale and wish to thank consignors, breeders, owners and buyers for their continued high level of support,” he added. “We wish to also think members, employees, consultants and helpers for all their hard work put in to make our new barns and this sale a success.”

A Louisiana-bred colt from the first crop of Grade 1 winner Eskendereya topped the sale at $140,000. The April 3 foal is out of the Wild Zone mare Tortuga Flats, who earned $594,064 during her career with 16 wins and the title of champion 2-year-old filly in Louisiana. She has one other registered foal, a 2-year-old who has not started. Brian House purchased the colt from the consignment of Red River Farm, agent.

House was the leading buyer with his one purchase, and Red River Farm topped the consignor list with 31 sold for $521,800.

Next up on the schedule for Equine Sales Company is an open yearling and mixed sale on October 28. For more information and hip-by-hip results, go to www.equinesalesofla.com.