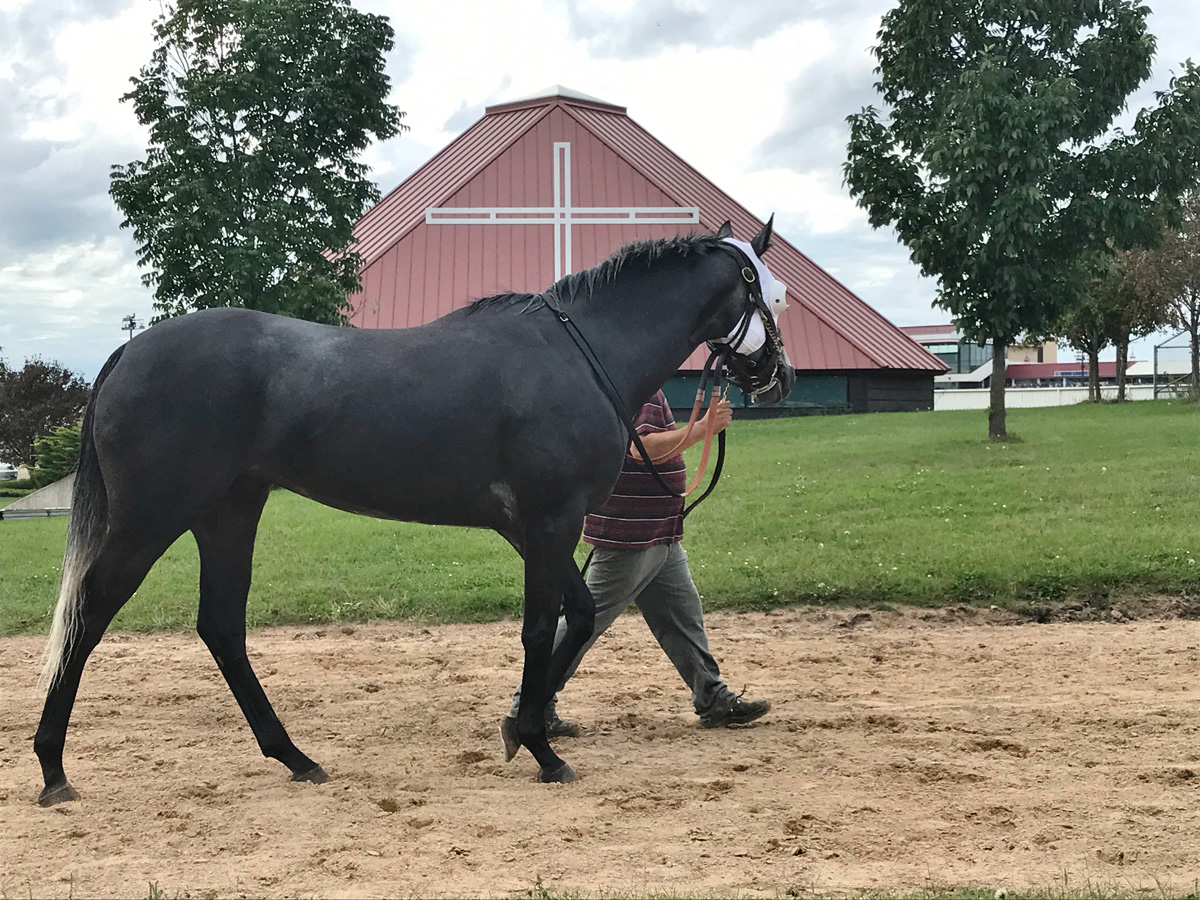 Whoa, Nellie! A chapel at a racetrack? “Whoa, Nellie,” a common phrase to slow down a fast-running horse, became well known in the sports world as it was coined by the famous college football broadcaster Keith Jackson, who would finish his description of a special athletic moment with the trademark phrase.

This phrase should make you stop and think about how special athletic competition is in our society. All sports go through transitional periods, and right now the horse racing industry in the United States is going through its own “Whoa, Nellie” time for a multitude of reasons.

Now, more than ever, horsemen and racetrack workers have emotional, social and educational needs. Stop and think…a chapel at a racetrack. A major movement to meet the aforementioned needs at the racetrack was started in the 1970s with the formation of the Race Track Chaplaincy of America (RTCA). In 1985, the Minnesota HBPA and Canterbury Downs supported making the RTCA part of building a foundation for the workers on the backside.

Canterbury Downs transitioned into Canterbury Park in January 1995, and the Sampson family reopened the relationship with the RTCA. In 2005, members of the Minnesota Thoroughbred and Quarter Horse racing family developed a vision of providing a chapel on the backside of Canterbury. Barry and Joni Butzow, the Sampson family, Don Hoover and myself were major donors along with many other supportive donors to take this vision to a reality.

The board of directors of Canterbury Park matched the donations, and the chapel was built in 2006. The chapel was named after Canterbury Downs’ title-winning jockey Dean Kutz, who passed away in 2004. As a former trainer and an architect, I designed the chapel as an earth berm space set into the side of a hill by the racetrack. The site was chosen to allow the chapel to stand as a witness to all racetrack workers and owners. The earth berm concrete walls support the laminated wood beam structure as it reaches to the sky and is topped with a skylight. The energy efficiency of the earth berm enables the chapel to be cooler in the summer and warmer in the winter. A specially designed white cross was placed on the outer east side of the chapel using the roof as a background. This cross placement is visible to those driving into the racetrack and is almost touchable by the grooms as they lead their racehorses to destiny.

Canterbury Park’s nondenominational chapel is an example of providing members of the horse racing family a space for education, consultation, entertainment and fellowship. Ed Underwood, the current chaplain, oversees the everyday chapel life, which includes weekly worship, dinners, Spanish and English classes, cooking, horse care, childcare, bookkeeping and art classes. Hall of Fame jockey Pat Day and country singer Susie McEntire have entertained in the Dean Kutz Chapel. Forty-five thousand racehorses and grooms have passed by the chapel and its white cross since 2006.

If we all “Whoa, Nellie” for a moment and think of the positives that the Dean Kutz Chapel has provided our racetrack workers at Canterbury Park, maybe we move forward to solve future racing industry problems, and Old Nellie can run again.

To view a PDF of this article and photo as it will appear in the next issue of American Racehorse, click here.