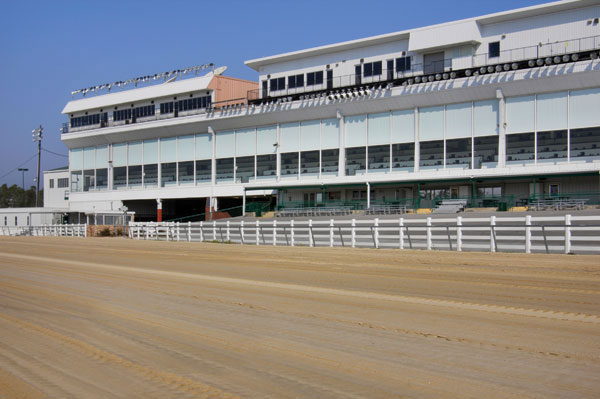 Delta Downs Racetrack Casino & Hotel is preparing for its 2013-14 Thoroughbred season, which will begin on Friday night. Regular post times during the 88-day stand will be at 5:45pm CST.

After opening the season with live programs Friday and Saturday night, the track will revert to its normal schedule of racing each Wednesday through Saturday until the meet concludes on March 15. The only exceptions to the schedule will come on Thanksgiving and Christmas Day. There will be no live racing on Thursday, November 28 and Wednesday, December 25.

“We are so excited to get the new season underway,” said Delta Downs Vice President and General Manager Steve Kuypers. “Our team members have welcomed back the horsemen with open arms and we’re ready to begin another tremendous season on Friday night.”

This year’s stakes schedule is one of the best in track history featuring $4.6 million in purse money distributed over 32 exciting races. The richest event of the season will take place on Saturday, November 23 when the track hosts the 11th running of the $1,000,000 Delta Downs Jackpot (G3). In addition to the featured race on Jackpot Day, the track will also card seven other stakes races including the $500,000 Delta Downs Princess (G3) and award a total of $2.2 million that afternoon. There is a special post time of 1:15 pm CST on Jackpot Day.

Another rich program will take place on Saturday, February 1 when the track hosts Louisiana Premier Night. The annual event features 10 stakes races and over $1 million in total purse money awarded to horses bred in the Bayou State.

Last year’s top horsemen are expected to return to Delta Downs and vie for top honors once again this year. Gerard Melancon, who won his third local riding title last year with 104 wins, will return to battle it out with past champions like Tracy Hebert and Diego Saenz. In the trainer ranks Karl Broberg is the favorite to win his third title in a row after saddling 56 winners last year and taking top honors at Evangeline Downs this summer.