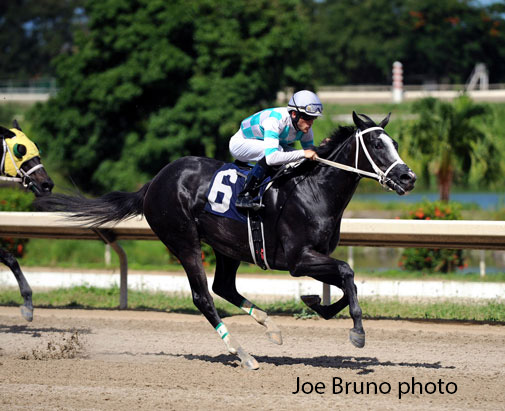 Too Much Tip, a Kentucky-bred daughter of leading Texas stallion Too Much Bling recorded her fourth win in as many starts this year at Camarero Race Track in Puerto Rico on December 10. The victory was her easiest of her 2-year-old season as she rolled to a five-length victory in a seven-furlong allowance contest. That marked her first start against non-stakes company, as her first three wins came in a Grade 3, Grade 2 and Grade 1 race in Puerto Rico, with the latter being the Accion de Gracias Stakes. She has banked $71,129 in her four wins for owner Belka Stud and trainer Jose D. Garcia Jr.

Too Much Tip sold for $10,000 at the Keeneland September yearling sale.