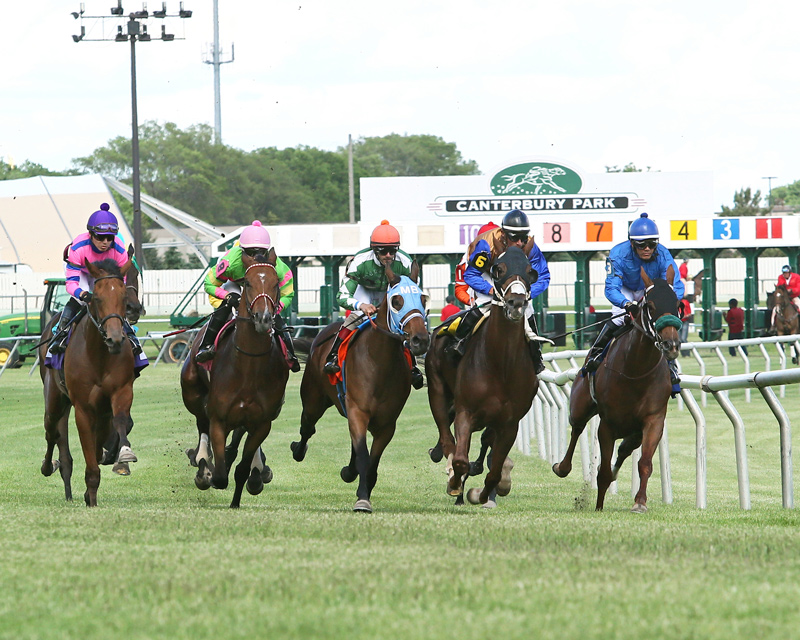 Canterbury Park racing officials today announced a Thoroughbred stakes schedule for the 2018 season with 35 races worth $2.375 million, including three new races and increased purses for nine existing stakes. The Shakopee, Minn. track’s richest race, the $200,000 Mystic Lake Derby, will be run Saturday, June 23 along with four other stakes totaling $500,000 in stakes purses alone. The six stakes races that make up the Minnesota Festival of Champions will also be worth a half-million dollars. Scheduled for Sept. 2, each race sees a $15,000 purse increase. The Sprint, Distaff Sprint, Classic, and Distaff Classic all have purses of $75,000 and the Northern Lights Futurity and Debutante increase to $100,000.

“We will be offering the richest stakes schedule in Canterbury Park history, with two days offering half a million dollars in stakes purses, and more total purse money than ever before,” company president Randy Sampson said. Racing officials expect that total purses will increase to $15 million or nearly $1.2 million more than the 2017 season.

A 2012 cooperative marketing and purse enhancement agreement reached with the Shakopee Mdewakanton Sioux Community, owners and operators of nearby Mystic Lake Casino Hotel, will supplement purses by $7.28 million in the coming race season. The agreement extends through 2022 with more than $83 million going toward purse supplements and joint marketing of the two properties and the region known as RiverSouth-Land of Big Fun.

“The SMSC agreement was intended to improve racing at Canterbury on the whole, but also specifically to encourage and reward those that breed horses in Minnesota and those that race those state-breds here,” Sampson said. “We saw breeding increase when the agreement was announced and stabilize with the quality of horses improving along with the purses. The two horses with the highest purse earnings in the 31-year history of Canterbury both raced as recently as last season and both were bred in Minnesota.”

The first condition book will be available February 2. Stall applications are due March 26 and are available at www.canterburypark.com.

The 70-day live racing season begins May 4 and runs through Sept. 15.

The quarter horse stakes schedule, which also will contain purse increases and additional races, will be released next week.