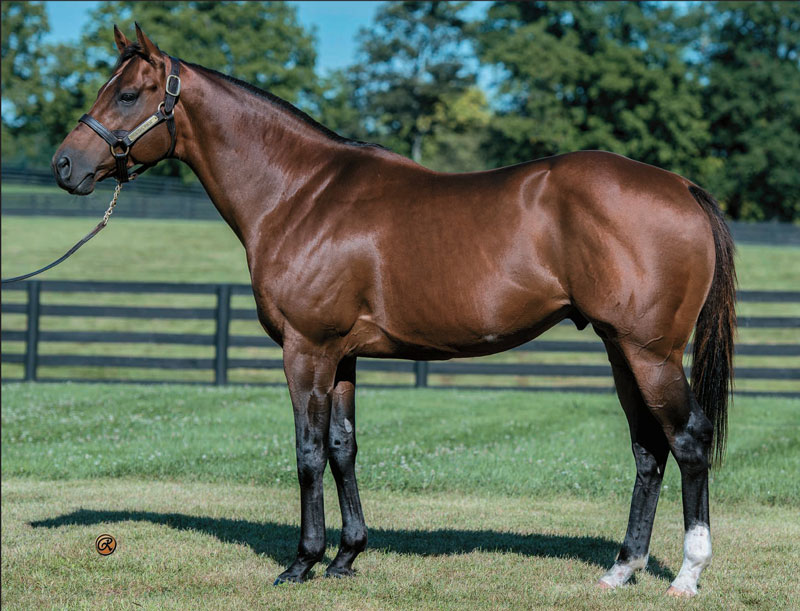 Caleb’s Posse, winner of the 2011 Breeders’ Cup Dirt Mile (G1), has been relocated to stand at Lori and Francisco Bravo’s River Oaks Farms in Sulphur, Oklahoma.

One of the nation’s top sprinters and milers during his 3- and 4-year-old seasons, Caleb’s Posse compiled a record of 8-5-2 from 19 starts with more than $1.4 million in earnings. In his Breeders’ Cup win at Churchill Downs, he defeated runner-up Shackleford by four lengths while stopping the timer at 1:34.59. He also earned a Grade 1 win in the seven-furlong King’s Bishop at Saratoga Race Course, defeating Uncle Mo. Caleb’s Posse proved he could go two turns with a victory in the Grade 3 Ohio Derby going 1 1/16 miles.

While Caleb’s Posse’s biggest achievements came in Kentucky and New York, he should be well known to Oklahoma horsemen as he has numerous connections to the state. He was bred in Kentucky by the late Don McNeill, one of Oklahoma’s most accomplished breeders, out of the Oklahoma-bred Slewacide mare Abbey’s Missy. McNeill campaigned Caleb’s Posse with Cheyenne Stables LLC, owned by fellow Oklahoman Everett Dobson, and he was trained by Oklahoma stalwart Donnie Von Hemel.

McNeill, Von Hemel and Caleb’s Posse are all members of the Remington Park Hall of Fame, with the latter earning induction for winning the Clever Trevor Stakes (named after another of McNeill’s top horses) as a 2-year-old in Oklahoma City and bringing attention to the track and his Oklahoma connections at the Breeders’ Cup.

“I’m excited about getting Caleb’s Posse to Oklahoma, where his first three dams were raised and where his damsire, Slewacide, a perennial leading sire in Oklahoma, stood for many years,” said Dobson, who will retain an interest in the stallion and continue to support him in Oklahoma. “We think he is excellent for the state-bred program, and a great opportunity for breeders in Oklahoma to take advantage of a two-time Eclipse Award nominee and one of the most impressive racehorses of his generation.”

“We are honored to have a Breeders’ Cup-winning millionaire standing here,” said Francisco Bravo. “He’s already a proven stallion, and we think he’s going to be an asset for the Oklahoma breeding program.”

Caleb’s Posse, who has stood at Three Chimneys Farm since entering stud in 2013, is a leading third-crop sire in North America by percentage of winners to named foals, with $2,837,897 in cumulative earnings through late October. In his first crop, Caleb’s Posse boasted 85 percent winners to runners with 29 winners from 34 runners and two stakes winners, including Girls Know Best, a stakes winner on both dirt and turf with earnings of $392,624.