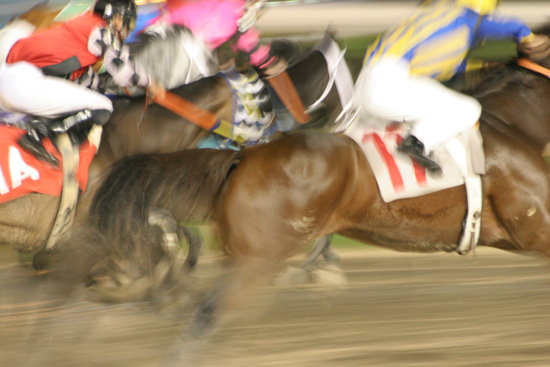 The annual Breeders’ Cup is taking place between November 1st and 2nd at Santa Anita racecourse. This continues to be one of the key events in the global racing calendar, with connections targeting the races due to the record breaking prize money on offer. Races will be taking place on both the dirt and turf surface, with European horses having a lot of success on the latter. Here we cover the key contenders for the Juvenile Fillies turf.

This one mile turf race is for two year old fillies and always produces some memorable performances. Last year was another example of this as Newspaperofrecord ran away with the race, producing the most impressive victory over the two days. She was also very well supported on the day as punters had been using bingo promo codes on offer to order to back her for the victory. Will it be a similar scenario this season?

Daahyeh is the current favourite for the race. The two year old is trained by Roger Varian and is coming off the back of a gutsy victory in the Group Two Rockfel Stakes. This qualified her for the Breeders Cup race and if taking her chance, she must have a strong chance. She had also previously landed the Albany Stakes at Royal Ascot and is one of the most exciting young horses at present.

Albigna is another key contender worth noting if heading over. She is coming off the back of landing the Group One Qatar Prix Marcel Boussac on Arc day. This was also a win and you’re in event, so she has also now qualified. Harrington appears to have a number of the leading two year old fillies, so if she headed over she must have a very strong chance of landing the contest.

The final horse who must enter calculations is the Aiden O’Brien trained Love. She was a game winner over the previously mentioned Daahyeh in the Group One Moyglare Stud Stakes. If Love can continue to progress then she is another worth noting for a team who has had a lot of success at the meeting in recent years.

Watch LOVE win the Moyglare Stud Stakes at @Curraghrace and free entry into the #BreedersCup Juvenile Fillies Turf on #FutureStarsFriday this November at @SantaAnitaPark. #WinandYoureIN