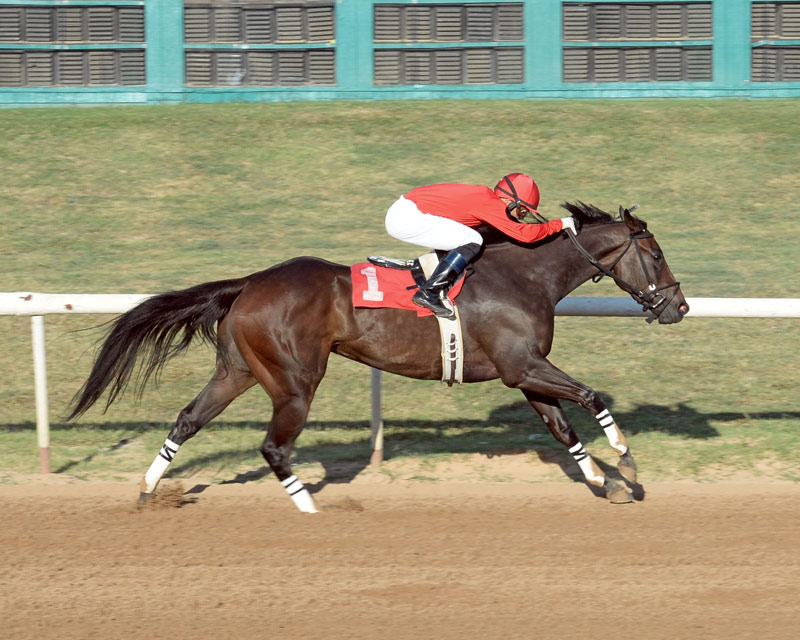 Fair Meadows in Tulsa, Oklahoma, on Saturday presented a pair of Thoroughbred stakes for Oklahoma-breds with Baby K winning the $45,000 Muscogee (Creek) Nation Stakes for fillies and mares and Taxman’s Quest taking the $45,000 Route 66 Stakes.

Jared Gary’s Baby K, a daughter of Kennedy bred by the John James Revocable Trust, defeated Goodheartedgirl by 3 ½ lengths to earn her first stakes win. Bryan McNeil rode the 3-year-old filly for trainer Mark Buehrer and clocked six furlongs in 1:13.89. An $1,800 purchase at the 2015 Carter Sales. Co. OKC Summer Sale, Baby K has hit the board in nine of 10 starts with three wins and earnings of $111,424.

After a trip to the West Coast that included a fourth-place finish in the Grade 3 Lazaro Barrera Stakes at Santa Anita, Taxman’s Quest returned to his home state and remained undefeated in three starts in Oklahoma. With Bryan McNeil up for trainer Roger Engel, the son of Euroears prevailed by 2 ½ lengths in 1:19.69 for 6 ½ furlongs. Bred and owned by Litsch Family LLC, Taxman’s Quest has earned $110,113 in his six-race career. His two other wins include a maiden race and the Oklahoma Classics Juvenile at Remington Park.