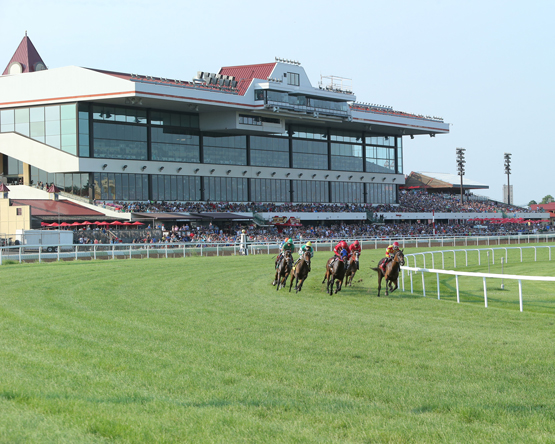 What began in 1992 as a show of strength and final act of defiance, the Minnesota Festival of Champions, with its 27th running Wednesday evening, remains a staple on the Canterbury Park schedule and a continuing reminder that horse racing in the state, regardless of circumstances, is thriving.

In 1992 the Shakopee, Minn. racetrack was owned by Ladbroke Racing Corp. The international company had recently lost in an effort to establish off-track betting and had seemingly little interest in operating Canterbury.  Horse breeders, trainers and owners including current track CEO Randy Sampson banded together to present a day of racing that would feature horses bred in the state. The event drew 11,000 fans and was televised in the Twin Cities. Although Ladbroke closed what was then Canterbury Downs at the end of the year, the seed was planted and two years later Sampson, his father Curtis and South St. Paul businessman Dale Schenian purchased the property and returned racing to Minnesota in 1995 at a newly branded Canterbury Park.

Minnesota Festival of Champions was the centerpiece then and is still today. So much so that when other stakes suffered purse cuts or were dropped completely and race days were reduced due to business limitations caused by the COVID-19 pandemic, purses for Festival remained unscathed. There will be six thoroughbred stakes, each with $100,000 purses as well as a $67,250 Quarter Horse Derby and $70,350 Quarter Horse Futurity. In all $737,600 in stakes purses will be paid on the 12-race card that will begin at 4:10 p.m.

“We thought it important to leave the Festival purses consistent with last year,” Vice President of Racing Andrew Offerman said. “It rewards those that have supported racing and breeding in the state and encourages further participation. We have done our best throughout the summer to limit the economic impact of COVID-19 and we are excited to celebrate the crowning of our state-bred Champions during the 2020 Festival. ”

The card will offer two pick five wagers, beginning in the first and sixth races. Track officials implemented an industry low 10 percent takeout on the pick five this season. A total of 113 horses are entered over the 12 races. With spectator capacity limits in place, curbside walk-up wagering is available daily with advance wagering on Festival races already open.  A limited number of admission tickets remain and must be purchased in advance at www.canterburypark.com.

Minnesota native Mike Biehler was the leading trainer at Canterbury in 1992, campaigning eventual horse of the meet Bold Sharokee. He recalls the state of affairs prior to the first Festival. “Purses were low. Other trainers were leaving early to race elsewhere,” he said. Biehler would not have been surprised if that was the final call for racing in the state. He credits Festival of Champions for keeping the hope alive. Bold Sharokee won that day, the first of 13 Festival wins for Biehler; third most in the event’s history. He will saddle three Wednesday including Ray’s Angel in the Crocrock Minnesota Sprint Championship, a race Biehler has not won since 2003. “He’s been training well. He has been strong every time,” he said. “With the purses what they are, you have to take a shot.”